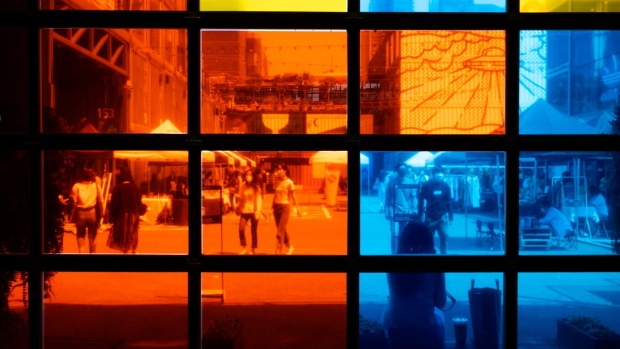 (Bloomberg) -- South Korea’s economy expanded at a slower-than-expected pace, as weaker investment and declining exports compared with the prior quarter suggested some vulnerability even before the country’s worst wave of the coronavirus hit in recent weeks.

Gross domestic product rose 0.7% during the April-to-June period from the previous quarter, the Bank of Korea said Tuesday, below economists’ consensus for a 0.8% increase. The economy still expanded 5.9% from the low levels of a year earlier.

The slowdown is particularly concerning given the country’s renewed surge in virus cases since July, suggesting a more subdued outcome in the current quarter. Daily infections that far exceed 1,000 cases have forced the government to put half the population under semi-lockdown, while a vaccine shortage is delaying the inoculation drive.

At its policy meeting earlier this month, the central bank said it still expected the economy to expand 4% this year as renewed risks from the virus are offset by resilient exports and more government spending.

The disappointing GDP outcome makes it less likely that 2021 growth will meet the BOK’s projections, which could push back the timing of an interest-rate hike Governor Lee Ju-yeol is considering.