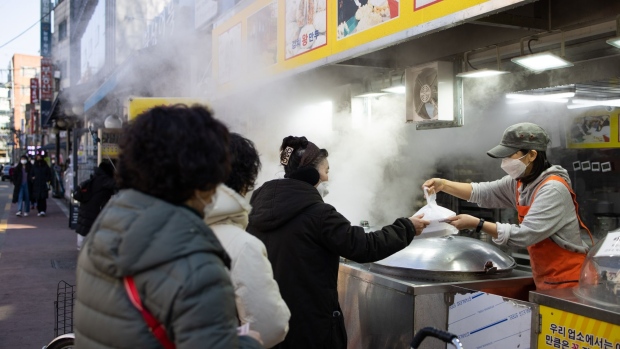 (Bloomberg) -- South Korea’s inflation accelerated in April to the fastest pace since 2017, aided by a favorable base effect amid a broadening economic recovery.

Inflation rose to 2.3% in April, data from the statistics office showed Tuesday, rapidly increasing from the 1.5% gain in March. Economists expected consumer prices to rise 2.1% from a year earlier.

The inflation boost was driven by rising commodity and energy prices, which had plunged during the same period a year earlier when the pandemic spread across the world. Rising consumer demand and confidence amid an economic recovery are also favorable for prices.