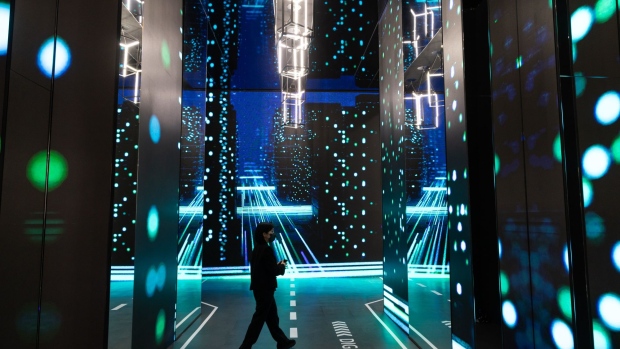 (Bloomberg) -- KT Corp. is considering a sale of a minority stake in its newly-created cloud unit, people familiar with the matter said, a move that would help the South Korean telecommunications group raise cash and expand the business.

The Seoul-based company is close to picking a financial adviser to help with the process, the people said, asking not to be identified because the matter is private. A sale of about 20% of KT Cloud to a strategic partner could raise around $400 million, the people said.

Financial investors with a focus on digital infrastructure could be interested in partnering with KT to help grow the business, the people said. The company could also weigh an initial public offering of KT Cloud in the future, the people said.

Considerations are ongoing and the company could decide against a transaction, the people said. A representative for KT said the company is considering various ways of growing the cloud business, and that nothing is decided yet.

KT said in February it created a new firm called KT Cloud focused on cloud computing and internet data centers. The company added it was considering various measures to protect shareholder value and it planned to inject cloud and data centers-related assets valued at about 900 billion won ($713 million) into the unit.

KT’s businesses include fixed-line telephony, digital infrastructure and wireless services such as 5G. Its stock has climbed about 15% this year, valuing the business at about $7.3 billion.