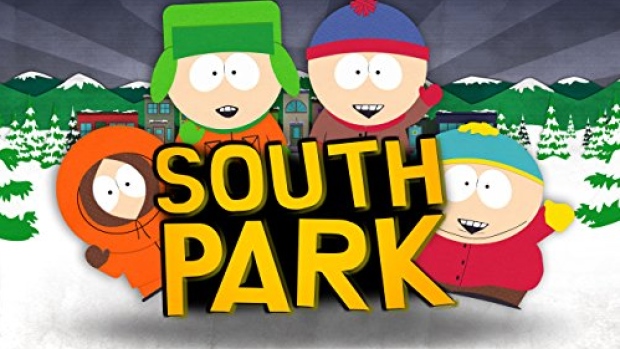 “South Park” is the latest beneficiary of Hollywood’s rerun mania.

The show’s creators and media giant Viacom Inc. expect to share between US$450 million and US$500 million by selling the streaming rights to the animated comedy, one of the longest-running TV series in U.S. history, according to people familiar with the matter.

As many as a half-dozen companies are bidding for exclusive U.S. streaming rights to past episodes of the show, which has been available on Walt Disney Co.’s Hulu in recent years. Viacom and the show’s creators hope to secure a new deal by the end of 2019 and could decide on the winning bidder as soon as this weekend, said the people, who asked not to be identified because the negotiations are private.

The value of popular TV reruns has skyrocketed, fueled by new streaming platforms seeking programming that can lure subscribers and provide an edge over rivals. Viacom and “South Park” creators Trey Parker and Matt Stone expect the multiyear deal to net more than double what Hulu paid in 2015.

That’s comparable to what Comcast Corp. paid to license “The Office” for its coming streaming service Peacock and what AT&T Inc. paid to grab “Friends” for HBO Max. Both of those programs are on Netflix for now. Netflix Inc. responded by paying more than US$500 million for worldwide rights to “Seinfeld.”

Most shows won’t generate such fevered bidding, but “South Park” is a rare title. Created in the late 1990s, the animated comedy about potty-mouthed children in a small Colorado town is in its 23rd season. The longest-running show on Viacom’s Comedy Central, it is still one of the most-watched TV programs among young men and has been renewed for another three seasons.

Comedy Central just aired the show’s 300th episode, and the sheer volume means “South Park” will garner less money per episode than “Friends” or “Seinfeld.” But Viacom and the show’s creators expect the overall deal amount to be comparable, said the people.

Peacock and HBO Max are rushing to build libraries of shows ahead of their debuts next year. They are announcing new licensing deals every few weeks and have been the most aggressive in bidding on library titles. Both are in the chase for “South Park,” the people said.

Netflix, Amazon.com Inc. and Hulu have previously shown an interest in adult animation -- though Netflix is now focused more on original series, such as “Big Mouth.” Netflix has dropped out of the bidding, according to one of the people.

Hulu, meanwhile, remains interested in keeping the show on its platform, though only if the price doesn’t go too high, one of the people said.

CBS Corp., which is merging with Viacom, has its own streaming service that could be a home for the show. But that merger won’t close before the licensing deal does, and CBS doesn’t have the same resources on its own as most of the bidders.

One company that probably won’t be bidding is Apple Inc., the people said. The tech giant has eschewed controversial programming that could damage its brand, and it’s wary of offending China, where it sells a lot of iPhones. “South Park” was just banned in China after an episode mocked the country’s censorship of Western movies and TV.

The riches from the sale will be split between Viacom, Parker and Stone under a unique deal forged in 2007. The creators and the media giant split all the digital rights 50-50 under a joint venture that covers streaming, mobile and games.

Netflix previously licensed “South Park” through a deal with Viacom, a transaction that paid out in the tens of millions. Hulu snagged the rights in 2014 and reupped it a year later.

Parker and Stone have used their profit from “South Park” and their hit Broadway play “The Book of Mormon” to create and fund their own studio, which was valued at US$300 million in 2013. That value is about to go way up.