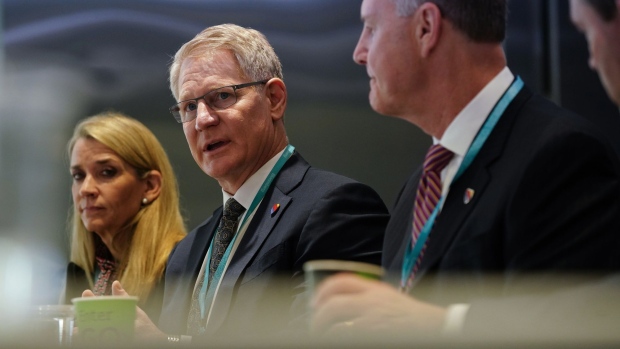 Mike Van de Ven, chief operating officer of Southwest Airlines Co., speaks during an interview in New York, U.S., on Thursday, Dec. 12, 2019. Boeing Co. agreed to partially compensate Southwest Airlines, one of the biggest customers for its 737 Max aircraft, for damages arising from the narrow-body workhorse's grounding since March. , Bloomberg

Nealon’s departure comes less than three months after Southwest selected Executive Vice President Bob Jordan to replace Gary Kelly as chief executive officer, starting Feb. 1. Nealon, 60, will remain a strategic adviser at the Dallas-based airline, Southwest said in a statement Monday. A former Southwest board member, he rejoined the carrier in 2016 as executive vice president of strategy and innovation at the behest of Kelly.

Van de Ven, 59, takes on additional responsibilities as Southwest seeks to recover from a tough summer in which a shortage of workers threw the airline’s schedule into turmoil, delaying more than 99,000 arrivals, and forced it to reduce flying starting this month. Pilots and flight attendants have complained about excessive overtime and arriving in cities to find they don’t have a hotel or food for the night. The carrier is adding 5,200 employees as a result.

Nealon became president in 2017, taking charge of Southwest’s computer systems, as well as commercial and financial operations after a series of disruptions that stranded passengers. He later took on efforts to boost efficiency at airports, in flight operations and crew scheduling. Nealon was Southwest’s chief information officer from 2002 to 2006 and served on the board for five years starting in 2010.

In a reallocation of responsibilities as part of the CEO transition, Southwest said Monday that finance, commercial, legal, regulatory, operations and technology teams that were reporting to Kelly or Nealon will now report to Jordan, also effective immediately.