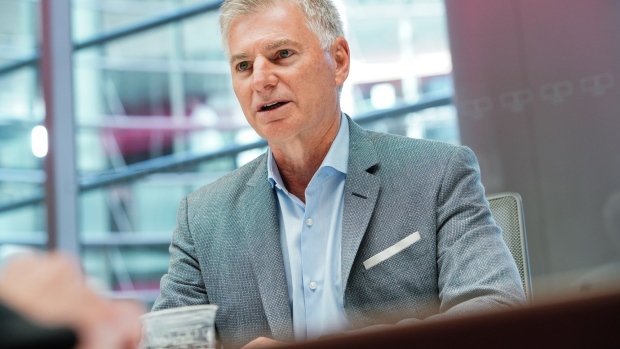 Southwest’s latest recruiting strategy comes as it battles nationwide with companies across a variety of industries to find workers for the 5,000 jobs it wants to fill this year. The Dallas-based airline aims to add another 8,000 positions in 2022. Those plans are part of a three-year goal to boost its employment ranks by 25,000, if business grows as expected, Bob Jordan, the carrier’s next chief executive officer, said in a Friday interview.

A group of 10 employees known as the Tiger Team is dedicated to alleviating the hiring problem in Denver, where the company is managing the shortage of ramp workers by paying bonuses to employees in other cities to temporarily relocate. The team is staging job fairs and offering a pay differential to offset the area’s higher cost of living. The on-the-spot interviews and instant job offers are a first for the carrier, the largest in Denver, with 32% of its passengers. Southwest needs to hire more than 200 ramp workers at the Denver airport now and hundreds more going forward.

“We’re utilizing every arrow in the quiver at this point,” Jordan said in a conversation with Bloomberg News editors and reporters. “It’s an all-out war for talent, and when something is an all-out priority and all-out war, you attack it in a different way.”

Airlines are struggling to fill entry-level jobs, competing with companies like CVS Health Corp. that have increased pay and offered incentives to win over prospective hires. Employers such as Target Corp. and Walmart Inc. are helping cover tuition costs for employees. And the expiration of higher unemployment benefits this month failed to produce an increase in applicants. Job openings hit a record 10.9 million in July.

In 33 years at Southwest, “we’ve never had a time where the airline was constrained by people,” said Jordan, an executive vice president who will become CEO on Feb. 1. “It’s always been, can you get enough aircraft, facilities, gates. It’s never been, can we get enough people.”

The airline was forced to cut its flight schedule for September and the fourth quarter -- with reductions of 5% in both November and December from its original schedule -- after a shortage of workers contributed to 99,000 flight delays this summer, or about a third of its total. Employees complained about excessive overtime and poor working conditions. American Airlines Group Inc. had to drop 950 flights from its schedule over the first two weeks in July because of similar issues as travel demand returned faster than expected.

Southwest boosted its minimum wage to $15 an hour on Aug. 1 to help lure applicants and retain current workers. It is offering retention bonuses, in some cases.

“We’re pulling out all the stops, which I assume a lot of companies are doing,” Jordan said.