After months of surging fertilizer prices, America’s biggest crop is set to be unseated by soybeans when it comes to planting size. The less chemically-reliant legume will expand acreage by 5.9 per cent this year, while corn shrinks 3.2 per cent, according to a new Farm Futures survey.

The flip stems from a quandary growers face as they weigh the lure of elevated grain prices against inflation that’s hammering everything from tractors to seeds. While formal government estimates aren’t due until March 31, soybean sowings are widely expected to swell at the expense of King Corn.

“It will be only the second time in U.S. history more soybeans than corn will be planted to the tune of 1.2 million acres,” Farm Futures analyst Jacqueline Holland said.

If those plantings are realized, soybeans could be on track for the biggest U.S. harvest ever, rising to 4.7 billion bushels, according to Holland. 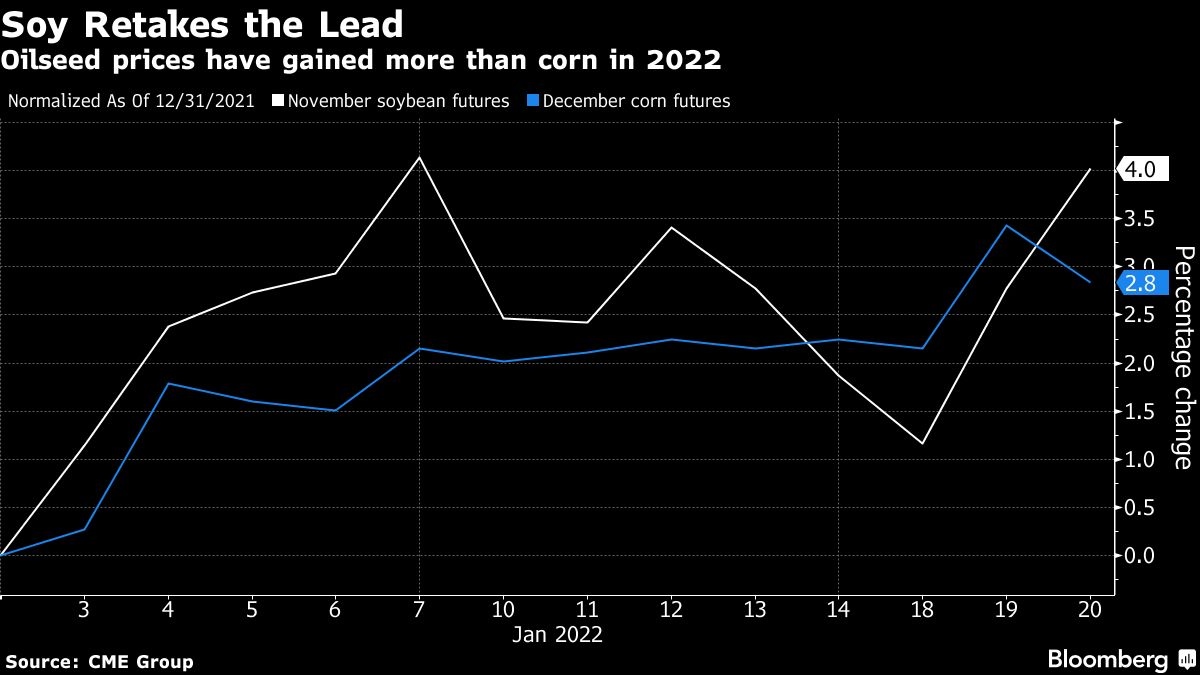 “While that could open the door to lower prices, the extra supply availability could renew international export interest in U.S. soybeans, which has suffered this year on the heels of a strong Brazilian crop and easing import demand from China,” she said.

Corn, even with almost three million fewer acres, could still post its third-biggest crop on U.S. record at 14.9 billion bushels, the analyst said.

Most farmers polled, or about 93 per cent, said they expect high farm input costs to cut profit this year compared to 2021, according to the emailed survey of 613 farmers taken from Dec. 3 to 20.