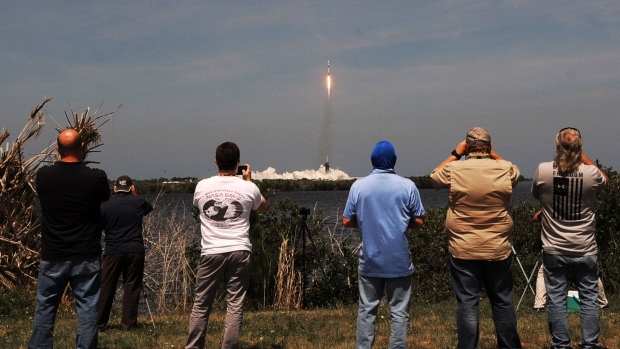 Space Exploration Technologies Corp. pulled off a mostly flawless landing of its newest and biggest rocket, as the model’s fifth test flight opened the door to higher altitude excursions.

The Starship SN-15 prototype lifted off Wednesday from SpaceX’s seaside launch pad at about 5:24 p.m. local time in Boca Chica, Texas. The rocket flew to an altitude of about 10 kilometres (6.2 miles) before a controlled descent, based on live video streamed by the company. The landing was marred only by a small fire at the bottom of the vehicle that was extinguished after a few minutes.

The milestone achievement paves the way for more ambitious tests of a rocket that SpaceX founder Elon Musk envisions as a future workhorse for trips to the moon and Mars. NASA recently picked SpaceX to develop a moon-landing system for astronauts with Starship. The company also envisions the stainless steel behemoth as eventually being capable of reducing travel times across Earth with hypersonic, point-to-point trips.

The previous Starship rocket test flight, on March 30, sent smoking debris raining down on the area after a mishap. An earlier prototype touched down at a slight incline, only to be engulfed in flames shortly after landing. Two previous efforts ended in fireballs. No people were aboard any of the spacecraft.

SpaceX conceived the Starship as a versatile, fully reusable craft that can carry 100 metric tons. Excluding a booster rocket that creates a two-stage system, Starship is 160 feet high with a 30-foot diameter, able to carry as many as 100 passengers.