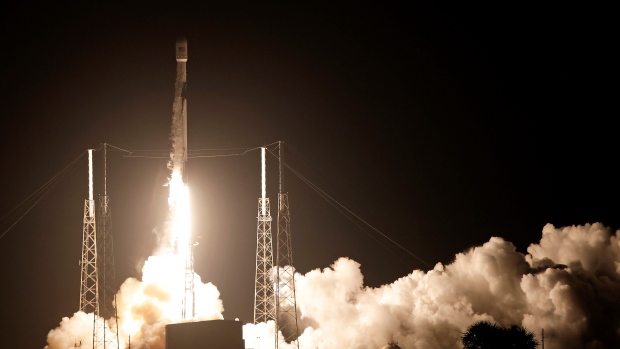 Also included in the contract that United Launch Alliance won: launching a prestigious new secret payload in 2022 called “Silent Barker.” It’s a collaborative effort with the National Reconnaissance Office, which manages the design and development of intelligence satellites.

The satellite’s payload “will provide threat indications and warning and space situational awareness information to better meet our warfighting mission,” General John Raymond, head of the Air Force Space Command, told a House Armed Services Committee panel last year. He said it will serve as model for “future collaborative acquisitions” between the military and the spy agency.

SpaceX previously won six awards in competition with ULA since it was certified in 2015 for national security launches, including missions to launch next-generation GPS-III satellites.

The request for proposals that resulted in Tuesday’s awards was released in January 2018. The Air Force is soon expected to release the request for the next round of space launch competitions.

SpaceX won Air Force certification to take on military payloads after Musk campaigned before Congress and in the courts denouncing Boeing and Lockheed for having a monopoly on the Pentagon’s space business.

The Pentagon’s inspector general said this month it will begin an evaluation of the Air Force’s 2015 certification of SpaceX’s primary launch vehicles, the Falcon 9 and Falcon Heavy, to determine “whether the U.S. Air Force complied with the Launch Services New Entrant Certification Guide when certifying the launch system.”

United Launch Alliance also has faced controversy over its dependence on Russian-built engines. It and other companies are working on developing a U.S.-built alternative.