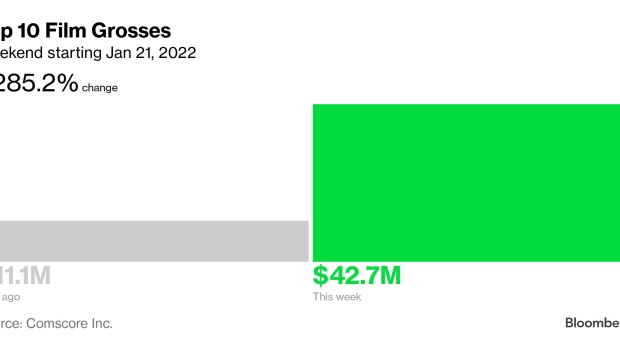 (Bloomberg) -- “Spider-Man: No Way Home” reclaimed the top spot in the U.S. and Canadian box office in its sixth week of release, a rare development that reflects the film’s popularity as well as the dearth of big pictures coming out this month.