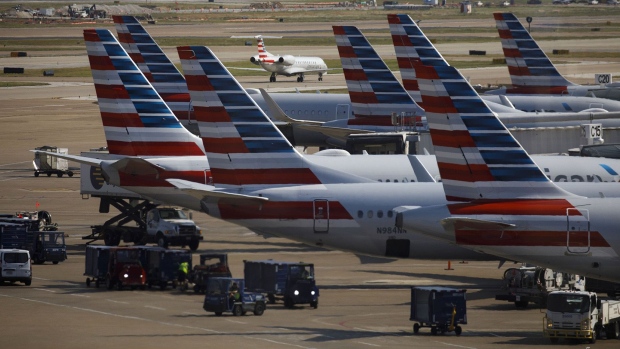 American canceled 284 flights, or 9% of its schedule, after grounding 563 on Monday, according to FlightAware.com. The scrubbed service followed a weekend of storms that hit the carrier’s Dallas-Fort Worth International and Miami International hubs. Spirit parked 624 flights over the two days, hit by weather and other challenges. That was equivalent to 42% of its schedule each day.

The dropped flights add to delays and cancellations that have peppered the peak summer travel season as airlines ramped up service in response to an unexpected surge in demand for vacations and social visits after people got coronavirus vaccinations. In some cases, airlines have been unable to recover quickly because crews reached the maximum number of work hours as delays snowballed while reserve corps were tapped out.

“The data we’re reviewing shows over 222 flights that have been canceled and attributed to pilots” out of a total 284 American flights grounded as of midmorning Tuesday, said Dennis Tajer, spokesman for the Allied Pilots Association. “That’s unsatisfactory. That’s unacceptable.”

“We commend them for trying to be aggressive in getting the flying out there, but unless you have an airplane and a pilot attached to it, you’re just selling paper,” he said. Spirit’s cockpit crews are represented by the Air Line Pilots Association, which said its members were working to help restore full operation.

“We worked throughout the day yesterday to reposition our aircraft and crews -- many of who had timed out as a result of long delays and unexpected diversions,” she said. “We expect to see improvements to our operation today.”

American canceled 950 flights in the first half of July to get back on schedule after June storms.

Spirit said by email that it had “implemented some proactive cancellations again today to reset our operations” after disruptions caused by weather, system outages and staffing shortages.