It’s one of the busiest times of the year on the sports calendar, and Canada’s big banks are cashing in.

The Toronto Maple Leafs rushed head-on into a familiar foe this week, taking on the Bruins at Boston’s TD Garden. Meanwhile, their franchise cousins, the Toronto Raptors, open their NBA playoff run Saturday against the Orlando Magic at Scotiabank Arena with a Sun Life Financial crest on their jerseys.

Increasingly, Canada’s banks are sinking advertising dollars into sports partnerships, and according to one marketing executive, it’s because the branding is a lot harder to ignore.

“Sponsorship works,” Brian Cooper, president and CEO of MKTG Canada and a former vice-president at Maple Leaf Sports & Entertainment, told BNN Bloomberg in a phone interview. “Thirty-second spots you can plow through on TV and skip them. Print ads? You can skip those as well and they don’t have as much of an impact. With sponsorship, you’re engaging with the consumer.”

Another advertising expert says that pro sports offer an opportunity for Canada’s big banks to flex their financial muscles.

“They’re really trying to do what some of the small fintech companies can’t do, which is own big things and look big, and look strong, and look safe,” John Yorke, president of Toronto-based strategy and digital marketing agency Rain43, told BNN Bloomberg in an interview.

“They want to look like they’re solid so, by putting themselves in arenas, they show that. They show a sense of security.”

Yorke agrees with Cooper that deploying that capital on teams and arenas makes a more meaningful impact on potential customers.

“With all of the banks, they’ve got to spend their money somewhere and television’s never going to make somebody switch,” Yorke said. “It’s more about trying to make people feel good about the brand.”

MLSE-Scotiabank deal: Perspective from an insider

Bank of Nova Scotia has branded itself as “the bank of hockey” and has one of the nation’s largest footprints in professional sports, but that has not stopped Canada’s other majors from partnering up. Toronto-Dominion Bank recently announced new “official banking partner” deals with the Toronto Blue Jays and the Vancouver Canucks. Meanwhile, Bank of Montreal has shifted its focus to soccer, partnering with Canada’s Major League Soccer franchises and getting its name on Toronto’s soccer stadium, BMO Field.

Cooper – whose MKTG lists Scotiabank as a client – helped bring together one of the biggest spends by a Canadian bank in recent years: The 20-year deal to rebrand Toronto’s Air Canada Centre as Scotiabank Arena, struck for a reported $800 million in 2017.

He says the competition to win that contract was fierce among Canada’s financial institutions.

“Everyone went after the naming rights title [to the former Air Canada Centre],” Cooper said. “It’s the epicentre of the financial sector of this country. Some of them that lost out may deny it, but I know for a fact… now that it’s all said and done, everyone was in on it. It was hard-fought.”

Here’s a look at some of the partnerships and sponsorship strategies for Canada’s major banks. 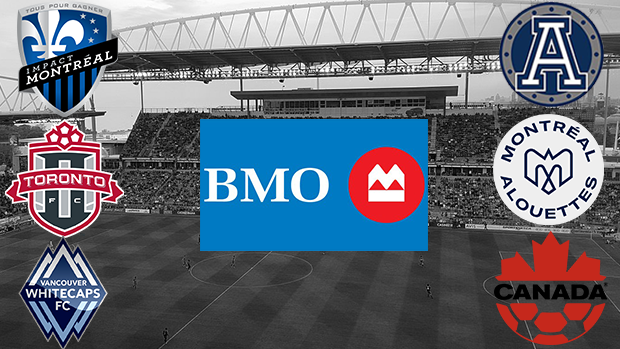 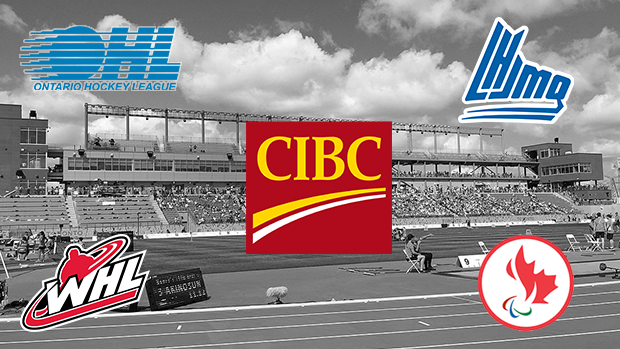 Yorke says: “I think it’s just a question of where they want to put their efforts. CIBC, obviously, they haven’t found their footing from an advertising perspective. They’re one of the banks that has chosen to go more on the retail side and trying to get customers through that. But it’s finding the right opportunity.” 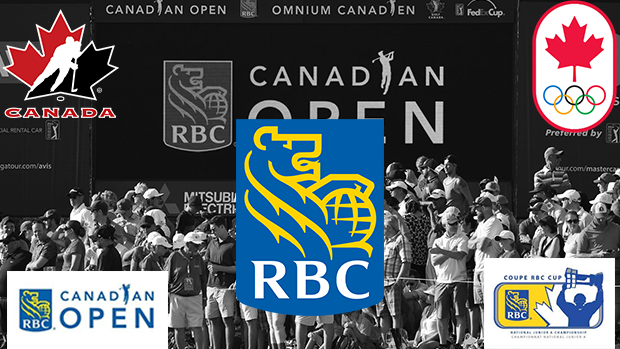 Yorke says: “Golf is their key. RBC has chosen to put a lot of their sponsorship money in golf and golf sponsorships …  going after high-net-worth individuals, going after a target audience – not after the average everyday Canadian. You’re going after a demographic that is 35-to-65-year-old men that have disposable income and make six figures and above. Or maybe even the elite wealthy, where you’re trying to get into their overall banking portfolios from private banking straight through to their business side.” 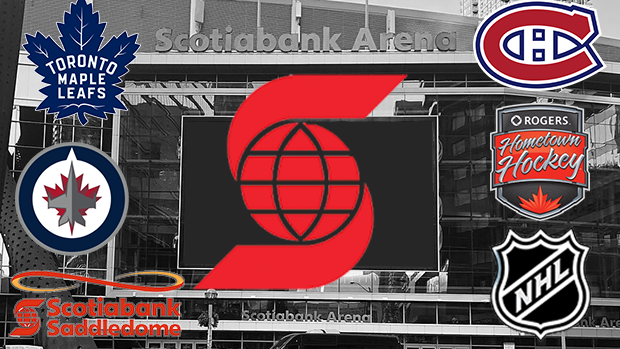 Yorke says: “I think Scotia’s done an amazing job with hockey and owning hockey – and not just in the major cities, but also in minor hockey. There’s a value to it, just having your brand associated with what your values are. You see that with Scotia’s side.” 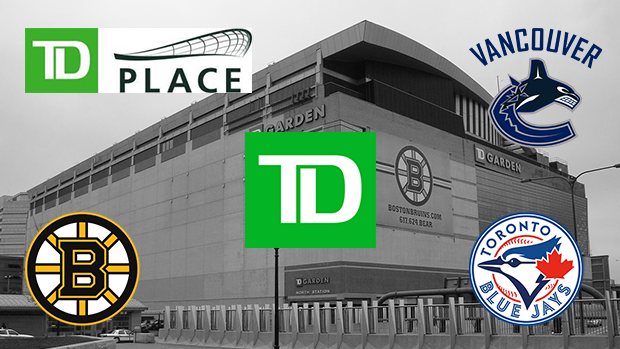 Cooper says: “They paid a huge number on the Blue Jays – that I can’t believe they paid – but they’re heavy on the Jays and on music with the TD Jazz Festival. They have a big footprint in the U.S., but other than this Leafs series against the Bruins, it doesn’t really impact what’s going on in the Canadian market.”