Spotify Technology SA climbed as much as 16 per cent Wednesday to an intraday record after the Joe Rogan podcast became exclusive to its platform, and it generated buzz with a feature that lists users’ top music of 2020.

“The Joe Rogan Experience” is now being marketed as an only-on-Spotify podcast, giving the company a new way to lure listeners. The show holds the top spot for the most popular podcast of the year, Spotify said on Tuesday. The company said in May that the podcast would become exclusively available on the platform later this year.

Buzz around Spotify Wrapped is also providing a boost, according to Evercore ISI. The feature breaks down users’ listening history at the end of the year, providing insights like top songs and top artists that can be easily shared on social media.

Evercore said the Spotify app has jumped in U.S. app store rankings to No. 9 on Wednesday from No. 27 on Monday. Spotify was the top Twitter trend in the U.S. as of 3 p.m. New York time on Wednesday.

Bloomberg Intelligence analyst Amine Bensaid also said upbeat vaccine news is a net positive for Spotify, as it points to the return of commuting. 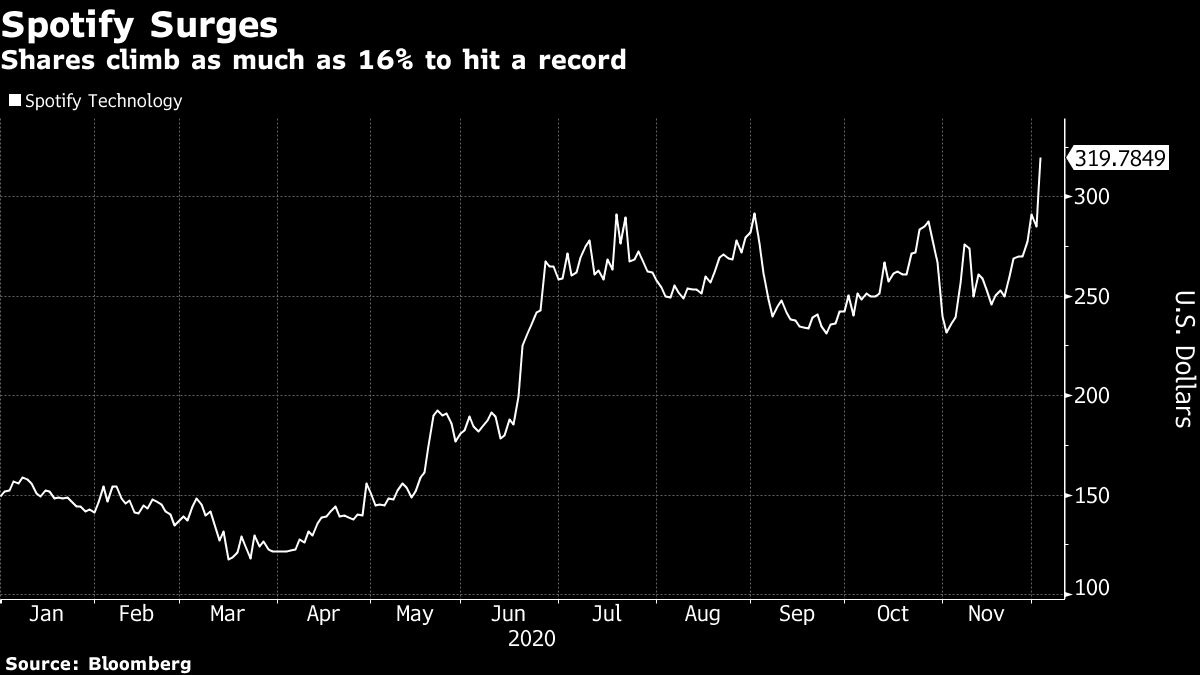