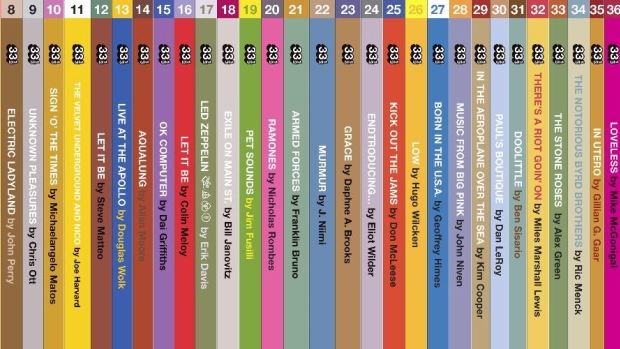 Spotify Technology SA will begin offering audiobooks that document the making of some of the world’s best-known albums, including Bruce Springsteen’s “Born in the USA.”

Nigel Newton, Bloomsbury’s chief executive officer, said the Spotify deal was “one of a number of partnerships which Bloomsbury is successfully seeking out with the world’s most ground-breaking companies to expand our digital offering.”

The publisher is perhaps best known for releasing the Harry Potter novels, but for now the Spotify deal focuses on books that document popular music rather than JK Rowling’s wizarding world.

We are very excited to announce our new partnership with @Spotify! We hope you’re as excited as we are, it’s gonna be awesome. https://t.co/5xLG6mB2Ci

Other titles in the 33 1/3 series focus on Nirvana’s “In Utero,” Michael Jackson’s “Dangerous” and Radiohead’s “Kid A.” The series was originally distributed by academic publisher Continuum International Publishing Group. Bloomsbury acquired Continuum in 2011 but continued to commission the music books.

Spotify, which had 157 million users at the end of 2017 (including 71 million paid subscribers), has ventured beyond music before. The service also offers a directory of podcasts that includes globally popular titles such as “Stuff You Should Know,” “Reply All” and “Radiolab.” Apple Inc.’s iTunes sells audiobooks as standalone downloads but these do not form part of its Apple Music subscription service.

Audiobook sales totaled US$2.1 billion in 2016, the most recent year for which data is available, according to the Audio Publishers Association. Amazon.com Inc.’s Audible is the world’s biggest audiobook retailer, accounting for about 41 per cent of all audiobooks sold, including digital and physical formats, according to researcher Codex Group LLC.