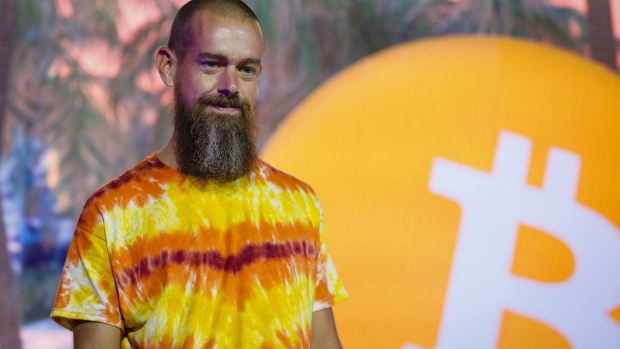 Square is “building an open developer platform with the sole goal of making it easy to create non-custodial, permissionless, and decentralized financial services,” Dorsey tweeted Thursday, adding that the new business doesn’t yet have a name. “Our primary focus is #Bitcoin,” he said. A company spokeswoman declined to share further details.

The San Francisco-based digital payments company has three business lines: Cash App, Square Seller products and the music-streaming service Tidal, which it acquired earlier this year. Dorsey has long been interested in transforming Square into a broader organization with a number of standalone units.

Dorsey also has been a huge supporter of Bitcoin over the years, and announced last month that Square is building a hardware wallet for the cryptocurrency. The company also announced in February that Bitcoin now makes up 5% of its holdings.

“Like our new #Bitcoin hardware wallet, we’re going to do this completely in the open,” he tweeted Thursday. “Open roadmap, open development, and open source.”