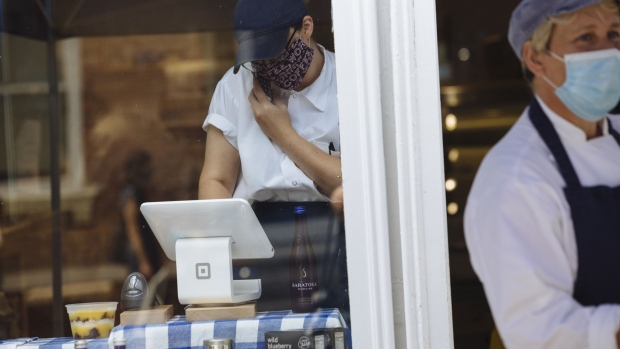 A rally in the shares of Square Inc. over the past few months has pushed the market valuation of the digital-payment company into the ranks of some of the biggest U.S. banks.

Square has a market capitalization of about US$55 billion after doubling since May, making it worth more than Truist Financial Corp. and all but four banks in the KBW Bank Index. While it’s still dwarfed by JPMorgan Chase & Co. and Bank of America Corp., Square is less than $20 billion shy of Goldman Sachs Group Inc.’s market valuation, which stands at $74 billion.

Square shares have continued to set records in recent weeks as optimism swells over the growth of digital payments, and as the coronavirus pandemic changes consumer and corporate spending behaviour.The San Francisco-based company has benefited in particular from positive sentiment about its popular cash app, its handling of pandemic-related government stimulus payments and its ability to garner deposits from traditional banks with fewer digital offerings.

Technology stocks have soared this year, while banks have sunk. The tech-heavy Nasdaq 100 Index has gained 21 per cent and the KBW Bank Index has fallen 35 per cent.

Square rallied as much as 13 per cent on Monday after an analyst suggested it could eventually win as much as 20 per cent of U.S. direct deposit accounts. 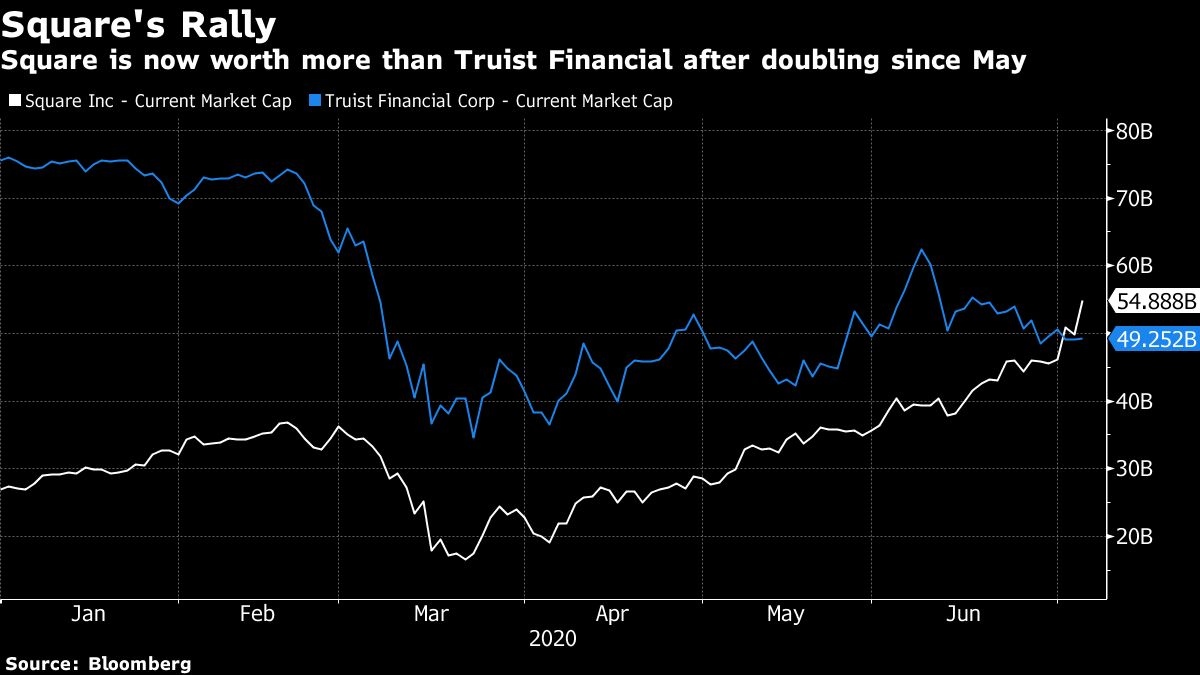