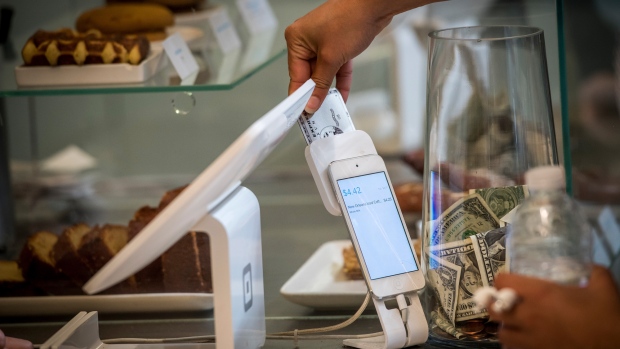 A customer inserts a credit card into Square Inc. device while making a payment in San Francisco, California, U.S. , Bloomberg

Square Inc. (SQ.N) gave a profit forecast for the current quarter that missed analysts’ estimates, hampered by a jump in spending on newer services beyond its main payments-processing business, including its fast-growing peer-to-peer cash-transfer app. The shares slipped in late trading.