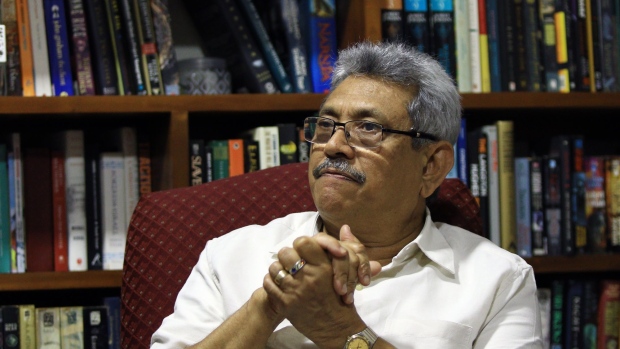 The Supreme Court also agreed to allow proceedings against senior members of Rajapaksa’s administration, including his brothers Mahinda and Basil, who had served as prime minister and finance minister, and former central bank and finance ministry heads, according to a statement on Friday from Transparency International Sri Lanka. The group, which filed the case against them, is calling for accountability over what it sees as a breach of fundamental rights.

Rajapaksa resigned in July after fleeing the country to Singapore amid an escalation in protests against his management of the economy, which had ground to a virtual halt. Sri Lanka had run out of dollars to pay for essential imports and defaulted on overseas debt. The economic meltdown spiraled into political chaos and resulted in a new government under President Ranil Wickremesinghe, which last month entered a preliminary agreement with the International Monetary Fund for a $2.9 billion bailout.

The court also ordered the Auditor General to submit a report by Nov. 30 on the Sri Lankan monetary board’s decision earlier this year to sharply depreciate the currency, as well as the reasons for delaying seeking assistance from the IMF, and the repayment of sovereign dollar bonds.

The court’s ruling shows “recognition of sufficient information of possible involvement in mismanagement and responsibility in the economic crisis,” said Bhavani Fonseka, senior researcher at the Colombo-based Centre for Policy Alternatives. “If this case proceeds, there is hope that impunity can be addressed.”

The move comes a day after a fresh resolution on Sri Lanka at the United Nations Human Rights Council, which called for enhanced monitoring and reporting on the situation in the country, including progress on reconciliation and accountability, along with the human rights impact of the economic crisis.