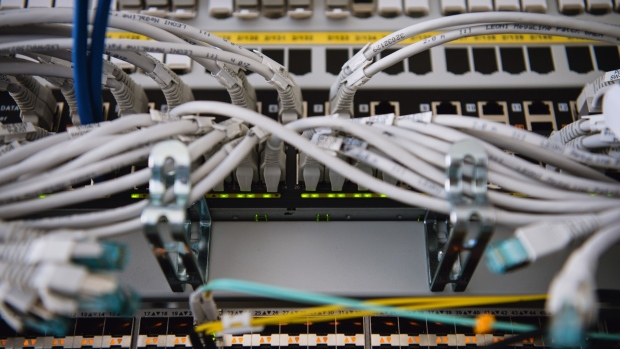 A group of five banks led by Royal Bank of Canada is stuck holding US$1.7 billion of loans for software company SS&C Technologies Holdings Inc. after falling debt prices forced the postponement of the offering to investors on Wednesday.

The deal was pulled because of market conditions, according to a person with knowledge of the matter. The banks canceled a planned call with lenders -- the official start of the marketing process -- prior to its scheduled 10 a.m. start in New York.

The planned sale is one of the largest to be derailed this year as wary investors back away, threatening to saddle banks with commitments to provide billions of dollars for acquisitions and buyouts.  SS&C Technologies needed the loan to help fund its purchase of Blue Prism Group Plc, an acquisition the company completed on Wednesday, according to its news release.

The closing of the Blue Prism purchase means RBC and the four other syndicate members will now own SS&C Technologies’ debt. RBC had agreed to provide 45 per cent of the financing, or about US$756 million, according to a commitment letter posted on SS&C Technologies’ website.

Credit Suisse Group AG will have to fund 15 per cent of the total, while Citigroup Inc., Goldman Sachs Group Inc., and JPMorgan Chase & Co. each promised to provide 13.3 per cent, the letter says.

"SS&C’s decision to withdraw a planned US$1.7 billion leverage-loan sale to finance its Blue Prism acquisition, which closed March 16, reflects only the unfavorable environment for leveraged loans and poses no imminent liquidity risk. The company held US$564 million in cash at the end of 2021, and with consensus of US$1.5 billion in operating cash flow in 2022, we see no undue risk given the near-term opportunities for sales and profit growth."

While the banks could try to market the debt in the future, they risk losses if the loan market continues to decline and they ultimately have to sell at a discount. For example, banks led by Barclays Plc lost millions of dollars of their own money plus wiped out fees from underwriting more than US$1.2 billion of bonds and loans for Covis Pharmaceuticals Inc. that proved particularly hard to sell.

Rates are poised to rise further as debt markets deteriorate in 2022, especially after Russia’s invasion of Ukraine in late February. Since then, companies worldwide have postponed offerings.