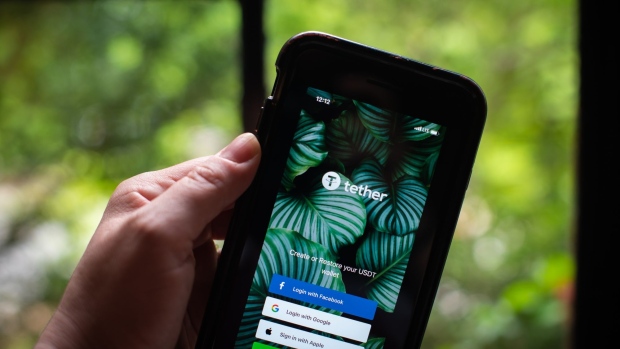 (Bloomberg) -- Congress, rather than U.S. financial regulators, should decide the fate of cryptocurrencies such as Tether, a key Republican senator told Treasury Secretary Janet Yellen.

Pennsylvania Senator Pat Toomey, the ranking Republican on the Senate Banking Committee, said it “would be very unfortunate” if rules for stablecoins, a crypto subset often pegged to fiat currencies such as the dollar, were set by the Financial Stability Oversight Council.

“Rather than have regulators stretch existing laws or take advantage of ambiguities to cover stablecoins, Congress should enact new clarifying legislation,” Toomey said in a letter Thursday to Yellen. Letting the FSOC declare stablecoins a potential hazard would “cause tremendous damage to an emerging technology” and run counter to the council’s authority, he contended, “since stablecoins do not pose a threat to the stability of the U.S. financial system.”

Though the President’s Working Group on Financial Markets is leaning toward favoring congressional intervention, people familiar with the talks have said, they’ve also discussed taking the matter to the FSOC. Stablecoins have become necessary to the plumbing of the crypto market because they’re often used in transactions to buy and sell tokens such as Bitcoin that see wild price swings.

In the U.S., the rapidly surging stablecoins -- with more than $120 billion in circulation -- are facing future regulations, but it remains unclear whether a push to treat them like banking deposits will win out over an ongoing campaign by the Securities and Exchange Commission to approach most cryptocurrencies as if they’re securities.

The industry has had little chance to make its own case to the regulators who are close to deciding on oversight recommendations, Toomey said in his letter. Global standard setters already suggested this week that top stablecoin issuers may one day be subject to the same payment, clearing and settlement rules as financial-market infrastructure companies.