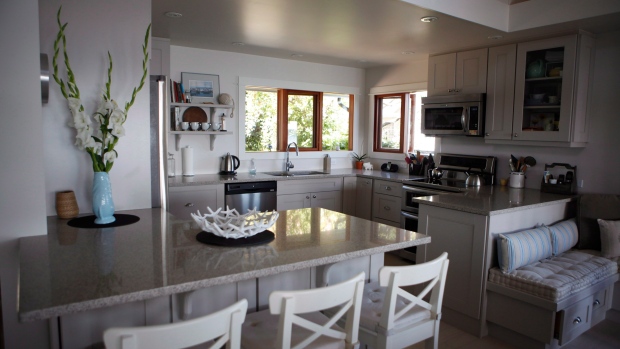 TORONTO -- Real estate markets across the country may be showing signs of softening, but home stager Monique Shaw says her business has been booming.

"People were using staging as a way to sell in a hot market," said the owner of Homes Beautifully by Monique Shaw in Calgary.

"But we're still finding the opposite too. The market isn't as red hot and it's becoming more of a buyers' market now than a sellers' market then, but we're doing a lot more vacant staging. We're just as busy."

Although housing markets may be off the price peaks seen in the spring of 2017, not all related industries stand to lose when property prices head lower. From staging services to renovation companies to drone operators, some industries that support the real estate market expect demand to remain strong.

Shaw says she's seen a recent uptick in business, as homeowners invest more into selling a home because properties can often sit unsold longer on the market. She charges $2100 for the first month for a fully-staged property, and a discounted rate for each following month the house remains on the market.

The latest data from the Canadian Real Estate Association signals that a weakening in markets like Toronto and Vancouver is starting to attribute to lower national home sales.

In October, national home sales fell for the second time in a row while the average price for a sold home came in just under $496,800, down 1.5 per cent compared with a year ago.

Shaw, who is a trained interior designer, says a downturn in the Canadian oil-patch over the past three years has left many landlords scrambling to offload their rentals when tenants lost their jobs.

David Foster, who is with the Canadian Home Builders' Association, says a weaker real estate market can also mean more demand for renovations as homeowners forgo a move up due to lack of supply.

"Renovation is seen as the affordable option when someone can't get their dream home either because they can't afford it or it's not available," said Foster, whose group represents 8,600 contractor firms across the country.

"They start thinking, 'What can I do to make this house better? Maybe it's a bathroom reno."'

The CHBA says home renovations was a $77 billion industry in Canada in 2017.

Foster says home improvements are often done within the first two years of purchasing a home, but they also remain a popular option for those who want to wait out a slow market in undersupplied cities like Toronto and Vancouver.

The majority of business from First Class Drones comes from commercial clients who often want to showcase the size of a property lot, but he's also getting more jobs from real estate agents representing luxury properties.

Herschorn says the commissions realtors receive when selling high-end properties make paying for drone photos and videos worth the cost of doing business -- even in a slowing real estate market.