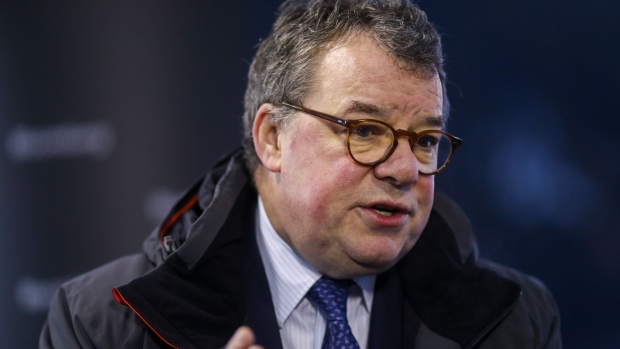 (Bloomberg) -- Keith Skeoch is leaving Standard Life Aberdeen Plc, the U.K. asset manager he helped form in a merger in 2017.

Skeoch, who first shared the chief executive officer role with Martin Gilbert, became sole CEO last year. He will be replaced by Stephen Bird, who will likely take over by the end of the third quarter, according to a company statement on Tuesday.

Skeoch and Gilbert joined forces to create one of the largest asset managers in the U.K. and Europe. The combination of Aberdeen Asset Management and Standard Life Plc and was meant to create a heavyweight capable of competing with cheaper passive managers that are grabbing an increasing share of the market.

As standalone companies the two had struggled, and it’s a similar story since they merged. Standard Life Aberdeen saw more than 128 billion pounds ($157 billion) of outflows to the end of 2019 since the merger, which ruined one of its largest institutional contracts. Since the tie-up completed, the shares have lost more than 45% of their value.

Skeoch’s departure is one of a number of notable management changes since Standard Life Aberdeen was created. Gilbert left the asset manager’s board in March. Gerry Grimstone, another key player in the tie-up, was replaced as group chairman in early 2019 by former HSBC Holdings Plc Chairman Douglas Flint.

Skeoch entered financial services in 1980 as chief economist at James Capel & Co. which was later absorbed into HSBC Securities. He joined Standard Life’s asset-management unit in 1999 as chief investment officer and became the division’s CEO in 2004. Skeoch was made overall head of Standard Life in 2015.

Bird will assume the role of CEO-designate on July 1, according to the statement. Once Bird takes over, Skeoch will serve out the remainder of his contract as non-executive chairman of the Aberdeen Standard Investments Research Institute.

(Updates with detail from statement in final paragraph)