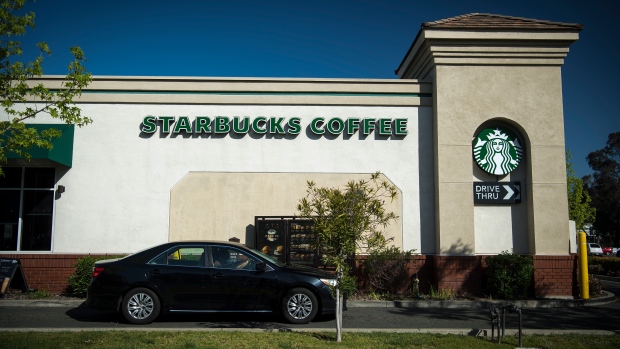 TORONTO -- Starbucks' plan to open its washrooms to the non-paying public "100 per cent of the time" is good news for consumers who seek a hassle-free place to go on the go, but likely won't stop the kind of discrimination that pressured the coffee giant into making the change, says Lezlie Lowe, author of a forthcoming book on the role of public washrooms in society.

The decision announced Thursday by Starbucks chairman Howard Schultz follows the arrests last month of two African American men at a coffee shop in Philadelphia. Police were called after they were accused by a store manager of trespassing because they were waiting for a friend without buying anything. One of the two men was also denied access to the store's washroom after being told he wasn't a paying customer.

Schultz said the company previously had "a loose policy" that washrooms were for paying customers but it was "really the judgment of the manager."

"We don't want anyone at Starbucks to feel as if we are not giving access to you to the bathroom because you are less than. We want you to be more than," he said.

When asked about a rule change for Canadian stores, a company spokeswoman said "we are reviewing our washroom policy as part of our 90-day review and we can share details once they are finalized."

Tim Hortons and Second Cup did not immediately respond to requests for their official policies on who can use their washrooms.

Lowe said she was "shocked" by the Starbucks announcement and added that while she only saw it as a first step, it's "a good one."

In this week's Cause and Effect, Tony Chapman provides perspective on Starbucks' response to the arrest of two black men in one of its Philadelphia shops.

But she expressed some concern that the policy may still be left to the discretion of whomever happens to be working in a store on a given day.

"It's never going to work all the time because there's always going to be somebody working there who's overseeing those spaces and who may have their own take on who's allowed, who's worthy of using the bathroom," said Lowe, whose book "No Place To Go: How Public Toilets Fail our Private Needs" will be published by Coach House Books in the fall.

"It'll be great for somebody like me, for example, to be able to waltz in but if somebody is street-involved, who might not have showered for a long time, somebody who may be intoxicated, somebody who's clearly going in to get clean, to use the sink as a shower, I wonder what kind of limits they'll put on those behaviours.

"I highly doubt they will allow completely 'open' washrooms, so I'd like to wait to see how that pans out."

But she said the move by Starbucks could have a positive effect in pressuring other businesses to open their washrooms to the non-paying public.

Mitchell Kosny, a professor at Ryerson University's school of urban and regional planning, said the onus shouldn't solely be on corporations to provide the public with washrooms. He said they should be a "part of our infrastructure" and suggested that newly built commercial buildings should be required to provide space for public washrooms.

"I think this is the kind of thing you can require in the development process just as with parking and urban design and public art," Kosny said.

"It's one of those things you don't think about until you've got to go and then you realize -- just try to find a place. It's not there, or it's uncomfortable. I just think it's not an extra, it should be a part of the urban fabric."

In response to the arrests of Rashon Nelson and Donte Robinson, Starbucks will shut down more than 8,000 of its U.S. stores on the afternoon of May 29 to instruct 175,000 employees on how to better recognize unconscious bias. The company will also provide training on June 11 for four regional offices in Toronto, Montreal, Calgary and Vancouver, as well as 1,095 company-operated stores in Canada.

Nelson and Robinson settled with Starbucks earlier this month for an undisclosed sum and an offer of a free college education. Separately, they reached a deal with Philadelphia for a symbolic $1 each and a promise from city officials to set up a $200,000 program for young entrepreneurs.