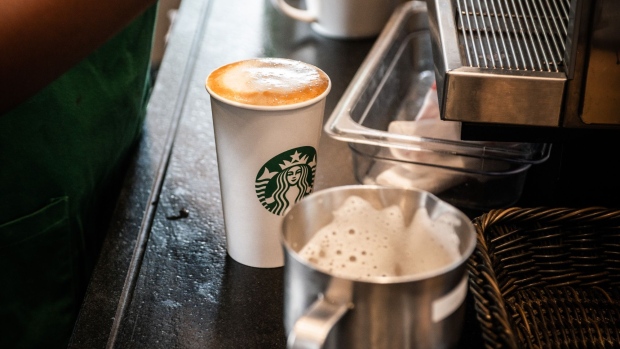 A barista prepares a customers coffee order inside a Starbucks cafe in the Sandton area of Johannesburg. , Bloomberg

(Bloomberg) -- The National Labor Relations Board rejected Starbucks Corp.’s bid to quash the counting of unionization ballots from three of its upstate New York restaurants, paving the way for a Thursday vote count that could create the first labor foothold among the coffee chain’s thousands of corporate-run U.S. locations.

“We just want a voice in our workplace and despite the money Starbucks has spent on lawyers trying to stop that, the NLRB is telling us we have a right to this vote,” Jaz Brisack, a Starbucks employee and activist at one of the stores that has voted, said in a statement.

When asked about the ruling, a Starbucks representative referred to an open letter to employees issued earlier Tuesday by Starbucks Chief Executive Officer Kevin Johnson, who wrote regarding the elections that “we respect the process that is underway and, independent of any outcome in these elections, we will continue to stay true to our mission and values.”

The coffee chain had asked the board to overrule an acting regional director’s Oct. 28 ruling that green-lit store-by-store elections at three Buffalo-area sites where workers petitioned in August to unionize. That decision meant the company would be required to collectively bargain if a majority of voters at any one of those locations cast ballots for the union.

Starbucks argued that any election should instead involve at least all 20 of the region’s stores, meaning that the union, Workers United, would win only if it secured a majority of votes from the much larger group.

Starbucks had also pleaded unsuccessfully with the agency to intervene and quash the mailing of ballots last month. Instead, the labor board sent ballots to employees Nov. 10, which are due to be received back by Wednesday and counted the next day. Workers United, an affiliate of the Service Employees International Union, has more recently also petitioned for unionization votes at three more New York sites, and another in Arizona.