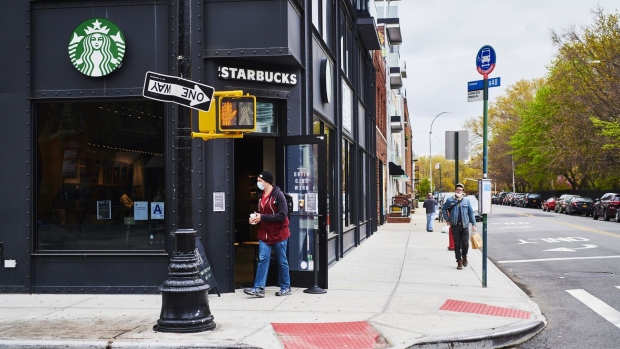 A customer wearing a protective mask orders outside of a Starbucks coffee shop in the Brooklyn borough of New York, U.S., on Monday, April 27, 2020. Bloomberg

After a woman with the coronavirus visited a Starbucks cafe north of Seoul this month, more than two dozen patrons tested positive days later. But the four face mask-wearing employees escaped infection.

The Aug. 8 outbreak in the South Korean city of Paju is another example of how rapidly the SARS-CoV-2 virus can spread in confined, indoor spaces -- as well as ways to minimize transmission. With health authorities around the world still debating the evidence around face masks, the 27-person cluster linked to the air-conditioned coffee outlet adds more support for their mandatory use to help limit the spread of the COVID-19-causing virus.

“This speaks volumes about the role masks can play,” said Ma Sang Hyuk, a pediatric infectious diseases physician at Changwon Fatima Hospital in South Korea. “Masks may not provide 100 per cent protection, but there’s nothing out there that’s as effective.”

Guidance on face masks is being issued from Australia to Venezuela to help stem the pandemic, which has infected more than 23 million people and killed at least 810,000 worldwide. Face coverings will become mandatory in New Zealand for residents using public transport and inside ride-sharing vehicles, Prime Minister Jacinda Ardern said Monday. Last week, the World Health Organization issued advice on their use in children. 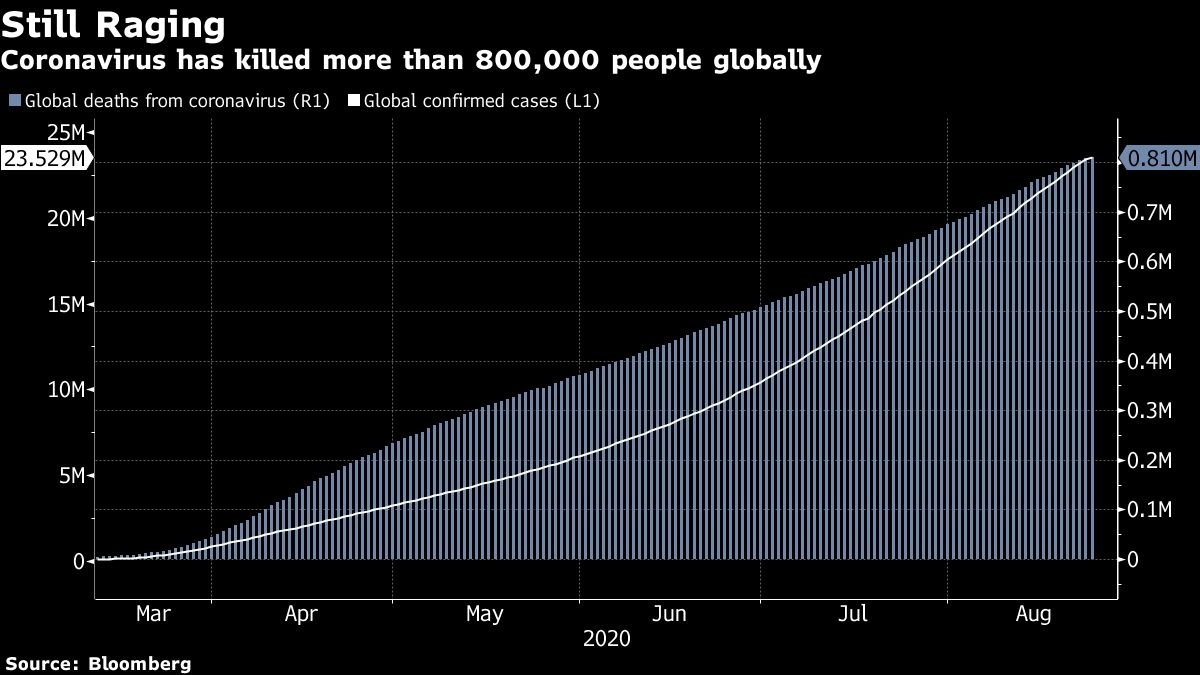 But resistance to mask-wearing remains in some countries like the U.S., where some people object to being compelled to wear masks when entering shops or restaurants. Misinformation over their effectiveness and safety has also spread.

Officials assume that most patrons didn’t consistently wear masks as they were drinking and eating while in the Starbucks Corp. outlet in South Korea, according to Gang Young-do, a spokesperson for the Paju government. A ceiling-mounted air-conditioning was helping to cool the second-floor outlet, he said.

“The virus may spread where people can’t wear masks while eating or drinking tea, as witnessed at the Starbucks in Paju,” Jung Eun-kyeong, head of the Korea Centers for Disease Control & Prevention, told reporters in Seoul on Sunday.

The Starbucks case is one of “the most important opportunities to study risk factors among a more or less controlled cohort of people,” said Arnold Bosman, director at Transmissible BV, a Netherlands-based developer of training materials for outbreak control. “This Starbucks event will be a very valuable training exercise for future generations of epidemiologists.”

The Starbucks infections later led to about three dozen more cases outside the coffee shop as of Aug. 24. They add to the more than 3,000 this month that have prompted the South Korean government to consider imposing the highest level of physical distancing rules -- a blow to an economy that’s managed to avert a steep recession so far.

The Seoul metropolitan area has emerged as a virus hot spot, and local government authorities made it mandatory this week for all citizens to wear masks both indoors and outdoors.