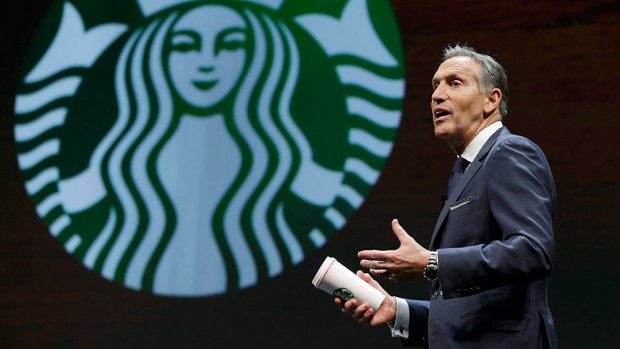 Starbucks Chairman Howard Schultz speaks at the coffee company's annual shareholders meeting when he was CEO. , The Canadian Press

The company is closing about 8,000 company-owned stores for training Tuesday afternoon, a move that Bloomberg estimated will cost around US$16.7 million in lost revenue. It’s a response to an incident at a Philadelphia Starbucks, where an employee called the police on two black men who were sitting in the cafe and hadn’t ordered yet.

Shareholders questioned the expense of the training, including some who spoke directly to Schultz, the former chief executive officer who is credited with expanding the brand across the U.S. He likened the cost of the training to providing health care or tuition help for employees.

“We don’t view it as an expense -- we view it as an investment in our people and the long-term culture and values of Starbucks,” he told reporters in New York. “This is what we believe we need to do as a company to provide the balance between profit and social impact.” 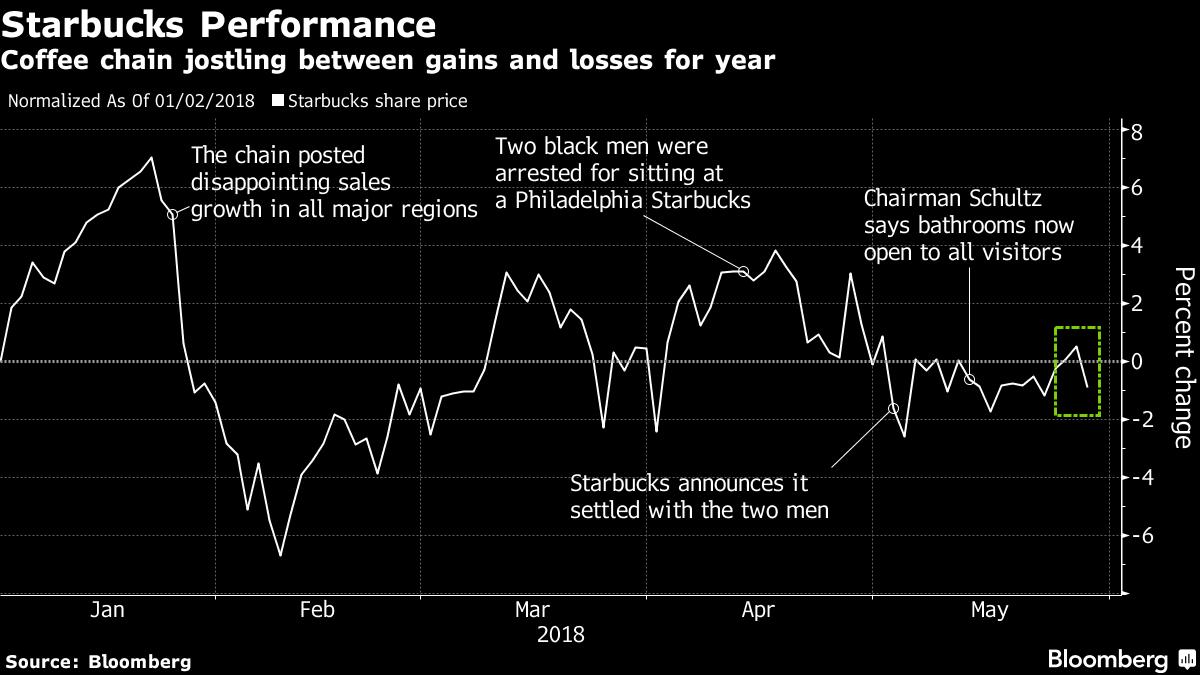