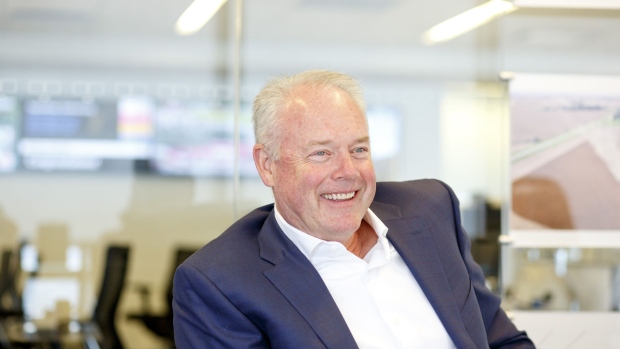 Starbucks Corp.’s board granted Chief Executive Officer Kevin Johnson a special award that could pay him as much as US$50 million in cash if the firm outperforms peers over the next three years.

Johnson will collect the full amount if Starbucks’ stock return for the three years ending Sept. 30, 2022 exceeds at least 80 per cent of S&P 500 companies, according to a regulatory filing Monday from the Seattle-based coffee shop chain. The payout will be reduced if the return is lower, and eliminated entirely if it falls below the 40th percentile.

Chief Operating Officer Rosalind Brewer received an award with similar terms. It could pay her as much as US$10 million. The grants were made in recognition of their “high caliber leadership,” the filing said.

Johnson, 59, took over as CEO in 2017 after founder Howard Schultz retired from the job. Johnson has an annual target compensation of around US$15.6 million, including salary, bonus and long-term incentives. Special awards typically come on top of an executive’s regular pay package.

The median Starbucks employee received compensation worth US$12,754 in 2018, including salary and stock. Many of the company’s baristas work part time.