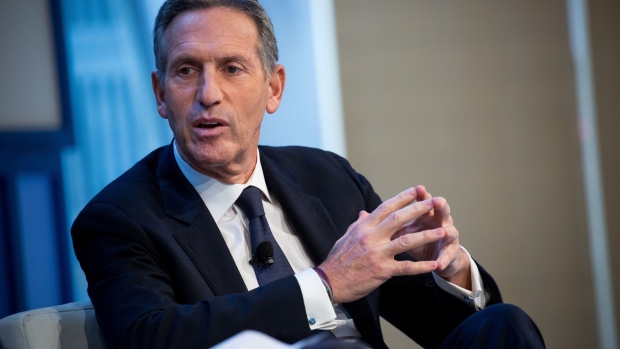 Starbucks Corp.’s Chairman Emeritus Howard Schultz is suspending his flirtation with running as an independent for president in 2020.

“My belief in the need to reform our two-party system has not wavered, but I have concluded that an independent campaign for the White House is not how I can best serve our country at this time,” Schultz said in a letter to supporters posted on his website Friday. The letter was reported earlier by Axios.

Schultz, who put his exploratory presidential bid on hold in June after a series of back surgeries and told supporters would be back in touch about his plans after Labor Day, said he will spend the election cycle and the roughly US$100 million he intended to use to finance his campaign “supporting bold and creative initiatives to transform our broken system and address the disparity of opportunity that plagues our nation.”

A former long-time Democrat estimated to be worth US$5.1 billion, according to Bloomberg Billionaires Index, Schultz positioned himself as a “centrist independent“ opposing proposals from leading Democratic presidential hopefuls including Medicare for All and universal free public college. But he concluded not enough voters are willing to back an independent because they fear that alternative may end up being a spoiler.

“There is considerable concern that four more years of a Trump administration pose a graver threat to our democracy than four more years of political dysfunction,” Schultz wrote. “I agree, but I’m also concerned that far-left policy ideas being advanced by several Democratic candidates will further alienate voters who believe those ideas will inflict more economic harm than good. The nomination of a far-left Democratic candidate could result in more votes for Trump—unless a moderate independent is also on the ballot.”

Joe Biden, Elizabeth Warren and Bernie Sanders, along with most of the other Democratic candidates, are expected to attend the New Hampshire Democratic Party State Convention in Manchester on Saturday, Sept. 7.

Ten candidates will face off in the third Democratic debate on Sept. 12 in Houston. It will be the first time Biden and Warren share a debate stage. Cory Booker, Pete Buttigieg, Julian Castro, Kamala Harris, Amy Klobuchar, Beto O’Rourke, Sanders and Andrew Yang will also participate.