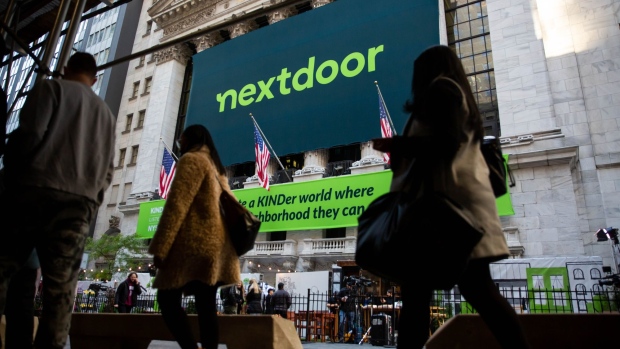 Nextdoor spokesman David Roady, said the company has a blanket policy that asks users to discuss topics such as religion in neighbor-created groups. Nextdoor recognizes that “religion is an important part of many people’s lives,” Roady said in an email, and also that “some people do not appreciate hearing about their neighbor’s religious beliefs.” The company is “proud that thousands of members have created religious groups on Nextdoor,” Roady said. “We encourage members who want to share their faith with their neighbors to create groups.” With regard to its advertising guidelines, Roady said: “At this time, there is not an option to target ads within Nextdoor Groups.”

Lynn said Nextdoor’s policy prevented Pray.com from running ads on the platform. “This is truly unfortunate, as it not only alienates a large percentage of their user base ... it also reduces awareness for Pray.com and the mental health benefits we have been able to provide during the Covid era,” Lynn said in an email.

The Los Angeles-based company says it operates the top-grossing app for daily prayer and faith-based content. The content includes actor James Earl Jones reading the bible. Lynn said that during the pandemic, Christians locked out of churches turned to digital outlets including Pray.com, helping fuel its membership growth.

Nextdoor has 33 million weekly active users and a market value of $4 billion. The company went public in November by merging with a special purpose acquisition company affiliated with Khosla Ventures.