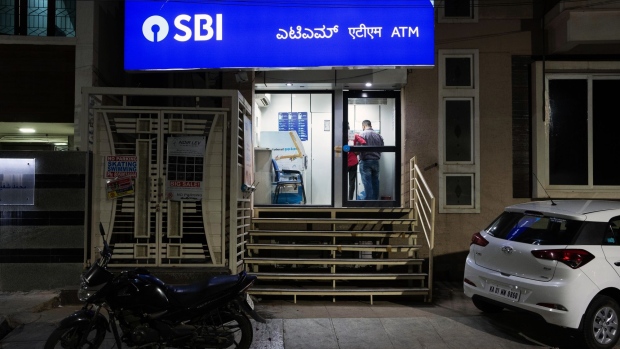 Customers use an automated teller machine (ATM) at a State Bank of India Ltd. (SBI) branch at night in Bengaluru, India, on Tuesday, May 7, 2019. State Bank of India, the country's largest lender by assets, posted a fourth-quarter profit that missed all analyst forecasts as provisions for bad loans rose from the previous three-month period. , Bloomberg

Net income stood at 91.1 billion rupees ($1.2 billion) during the March quarter compared with 64.5 billion rupees a year earlier. That lagged the average estimate of 101.8 billion rupees from 14 analysts in a Bloomberg survey.

The country’s largest lender, which controls a fifth of India’s loan market, is a key gauge for the health of the nation’s financial sector. SBI has been focusing on building a relatively-safer retail loan book in recent years to protect the quality of its assets during the pandemic.

SBI’s gross bad-loan ratio narrowed to 3.97% at the end of March from 4.5% three months earlier. However, it set aside 32.6 billion rupees in bad loan provisions, around 5% higher than the previous quarter.