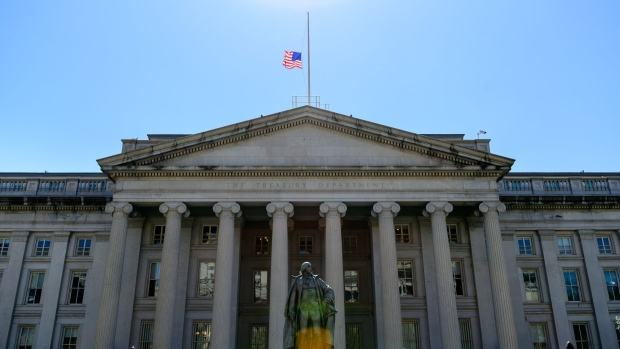 “Regardless of the particular method of conformity and the effect on net tax revenue, Treasury views such changes as permissible under the offset provision,” according to a department statement released late Wednesday.

The statement gives states wiggle room for some changes to their tax laws, such as making some unemployment payments or restaurant grants tax-free, so that their rules align with recent changes Congress made to the Internal Revenue Service code.

States had questioned whether these types of tax cuts would make them ineligible to claim some of the $350 billion that Congress approved for state and local governments last month in the $1.9 trillion coronavirus relief legislation.

The announcement is likely welcome news to Republicans in Congress and leaders of Republican-leaning states who had pressed the federal government to say whether certain types of tax cuts were acceptable.

The Treasury said it plans to issue more comprehensive guidance on what types of levy reductions are permissible in the coming weeks. The department had said that states that accept pandemic-relief money from Washington are allowed to cut taxes, but only if they don’t use the federal aid to offset those reductions.

States that accept the money and then cut taxes must replace that lost revenue using other money in their budget, the Treasury said. If states did use relief-fund money to pay for a tax cut, then they could be required to reimburse the federal government.

Several House Republicans sent a letter to Treasury Secretary Janet Yellen last month asking her to advise on whether various forms of tax relief, including making conformities to federal law, would violate the rules in the relief bill.

Republicans say the issue needs to be fully resolved in relatively short order. The law gives the Treasury 60 days to establish the state and local fund, release the rules and distribute the money. Most state legislatures only meet part time. Many are in session now, but adjourn in late spring or early summer.