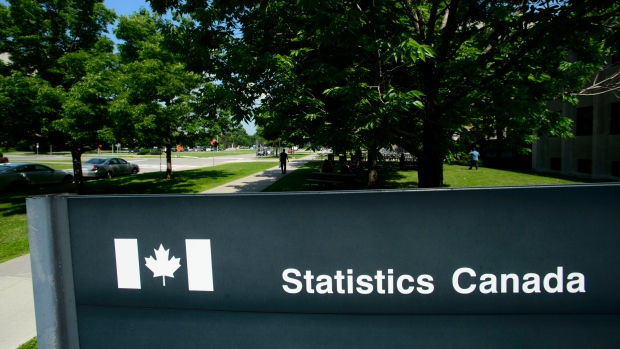 The report, dated June 5 but released Tuesday, doesn't say how the details of historic pandemic-caused job losses in April made it into a news story before the agency officially released them.

But it says that 10 interviews and a review of 210 emails and 116 telephone logs showed no agency personnel were involved, nor was technical error to blame for how high-level findings were reported by Bloomberg News before the release on May 8.

Just over 40 minutes before Statistics Canada officially released the April jobs numbers, Bloomberg News cited a "person familiar with the matter" saying the country had lost about two million jobs in that month.

Before the day was out, staff at the statistics agency were ordered to preserve documents, the chief statistician called for an end to sharing pre-release data with select federal departments, and an investigation plan was laid out.

The details are in dozens of pages of internal emails and reports obtained by The Canadian Press under the Access to Information Act about the leak and investigation.

Similar investigations were to take place in multiple departments that had access to the data.

Statistics Canada has for years provided in advance key economic indicators like jobs numbers to select federal officials who oversee programs that could be directly affected by the figures.

Recipients sign confidentiality agreements and are forbidden from briefing ministers until after markets close at 5 p.m. the day before a release. The investigation report even notes that briefings with top Statistics Canada officials avoided using specific numbers for jobs gains or losses.

The worry with jobs numbers is that they can move markets, one internal document noted, pointing to a Globe and Mail analysis "showing unusual market volatility" around the time of the leak.

"We can't find ourselves in the situation where people are getting access to data and trading on the markets in advance of the official release, to their benefit. That would undermine Statistics Canada's credibility dramatically."

Before the pandemic, the Finance Department, the Privy Council Office (which aids the federal cabinet), and Employment and Social Development Canada (which oversees the federal social safety net), got early looks at jobs data.

In March, the Bank of Canada, which had received advance word of quarterly gross domestic product figures, and Innovation, Science and Economic Development Canada, whose minister is responsible for Statistics Canada, were added to the list.

In the middle of the afternoon on the day of the leak, chief statistician Anil Arora recommended a pause on sending advance copies, doing so in an email to Ian Shugart, clerk of the Privy Council.

By the end of the day, the mandate for the investigation was largely set: find the source of the leak, figure out if policies were followed and sufficient to prevent such a leak, and determine whether the advance showings should continue.

One internal document said "the journalist indicated that the source was not Statistics Canada."

Any hunt for the source would likely be futile, said Don Drummond, a former senior Finance official, who noted how no one ever seemed to be identified in leaks during his years in government.

"And then you started to ask after the fact what happened, and it was always released deliberately from the political side," said Drummond, an adjunct policy studies professor at Queen's University.

Drummond said he didn't see a need for any advance releases given that government officials have hours to scrutinize the statistics before a minister could be questioned on the numbers.

Statistics Canada said any decision to restart the advance looks at jobs data would be done in consultation with the clerk of the Privy Council and when it is confident that "new measures taken, as a result of the investigation report's recommendations, have further enhanced the already strict conditions and secure measures that exist."