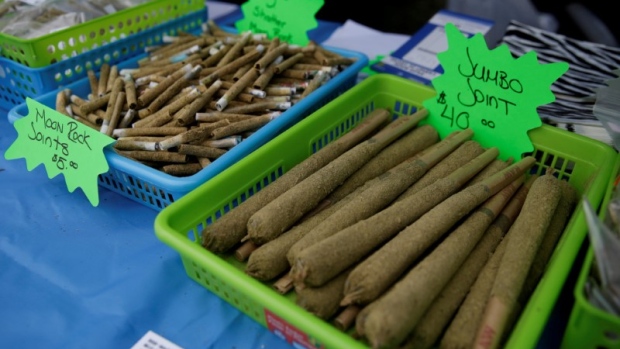 OTTAWA -- Statistics Canada says it plans to start measuring the economic and social impacts of recreational pot -- even before Canada legalizes it.

The statistical agency says it wants to gradually develop the capabilities to capture and report information on non-medical cannabis, which the federal government intends to make legal by July 2018.

To prepare for legalization, the agency says it will try to measure Canada's current production, sale and consumption of recreational cannabis, despite the lack of data and the fact it remains illegal.

The agency says collecting data both before and after marijuana becomes legal will allow Canadians, governments and businesses to form a clearer picture of the economic and social consequences of lawful pot..

The Liberals are coming in for criticism from the opposition for limiting debate on their cannabis legislation, which is currently before the House of Commons.

Justice Minister Jody Wilson-Raybould defended the move, saying the government has long been up front with the House and with Canadians about the plan to legalize pot.