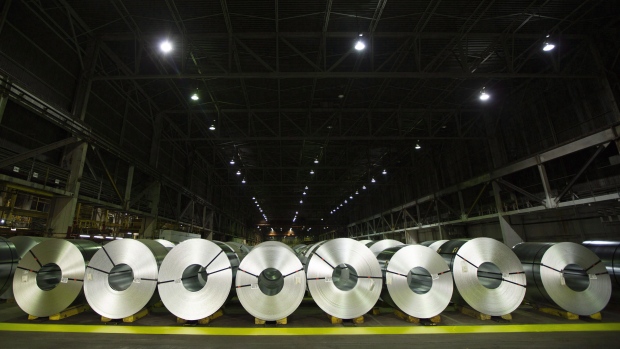 Rolls of coiled coated steel are shown at Stelco in Hamilton on Friday, June 29, 2018. , THE CANADIAN PRESS/Peter Power

HAMILTON - Stelco Holdings Inc. capped its most successful year by swinging to a $513-million profit in the fourth quarter on a near tripling of revenues due to soaring prices.

The Hamilton, Ont.-based steelmaker says it earned $6.64 per diluted share in the three months ended Dec. 31, compared with a net loss of 53 cents per share or $47 million a year earlier.

Net revenues reached $1.19 billion from $424 million in the prior-year quarter as average selling prices increased 153 per cent and shipping volumes were 28 per cent higher.

Stelco was expected to earn $6.53 per share in adjusted profits on $1.25 billion of revenues, according to financial data firm Refinitiv.