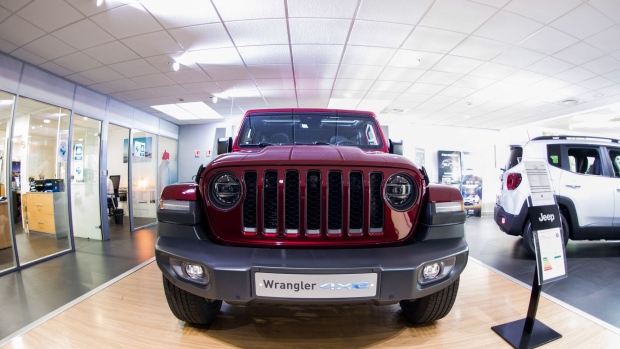 (Bloomberg) -- Stellantis NV is taking control of its struggling Jeep joint venture in China as it tries to turn around its performance in the world’s biggest auto market.

The automaker formed from the merger between Fiat Chrysler and PSA Group plans to increase its shareholding in the venture with local state-owned partner Guangzhou Automobile Group Co. to 75% from 50%, it said Thursday. The change still needs approval from Chinese authorities.

The move “is a key element of Stellantis’ plan to set a new basis for its business in China,” the company said in a statement. Bloomberg reported last year that Stellantis was in advanced discussions to raise its stake in the business formed in 2010.

Chief Executive Officer Carlos Tavares has for months been promising investors he’d improve the carmaker’s dismal performance in China. Stellantis is preparing to promote brands including Jeep and DS in the country and push an electric Opel model.

The change within the JV comes as China removed a cap on foreign ownership that has for decades limited global carmakers’ access to the market. BMW is also set to increase its stake in its venture with local partner Brilliance China Automotive Holdings Ltd. to 75% from 50%.

Additional details on Stellantis’ China strategy will be announced in March, the company said.