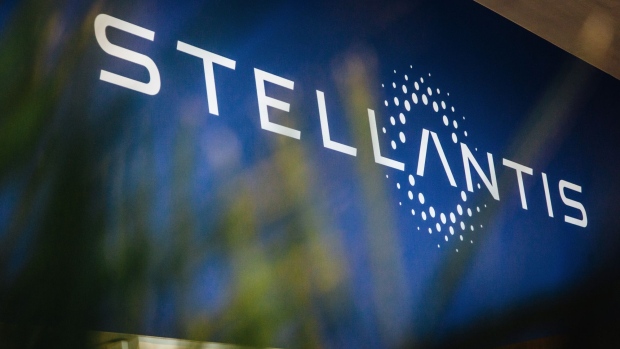 (Bloomberg) -- Stellantis NV will lean on partnerships with Foxconn Technology Group, Waymo and BMW AG to generate about 20 billion euros ($23 billion) in extra revenue from software-led products and subscriptions by the end of the decade.

The maker of Jeep, Chrysler and Fiat brands is extending existing tie-ups with Apple Inc.’s assembly partner Foxconn and Alphabet Inc.’s self-driving unit to build three new tech platforms by 2024, the manufacturer said Tuesday. The move will nearly triple the number of vehicles that can generate revenue from software to 34 million.

“We don’t want to do everything ourselves,” Yves Bonnefont, Stellantis’s chief software officer said on a call with reporters. “We are better off with partners.”

The company is also planning to boost the number of software engineers to 4,500, excluding through partnerships, with a hiring push and a dedicated academy to retrain staff.

Stellantis is following rivals like Volkswagen AG in detailing plans until the end of the decade for electrification, battery supplies and now software as the auto industry prepares for tectonic shifts in how vehicles operate. Created in January following the merger of Fiat Chrysler and PSA Group, the sprawling automaker is also under pressure to make good on ambitious cost savings pledged as part of the deal.

After electrification, gaining speed on developing software architectures to offer digital and automated-driving features carmakers can charge extra for is fast becoming the next battleground. Stellantis, earmarking more than 30 billion euros in investments on electric cars and software through 2025, is leaning on partnerships more than some of its peers to navigate the transformation to a software-defined vehicle.

Volkswagen set up a standalone software business called Cariad to pool the carmaker’s sprawling software efforts, though it has suffered a number of setbacks in getting off the ground. Ford poached a veteran of Tesla Inc. and Apple to spearhead digitization efforts, while Toyota Motor Corp.’s R&D unit is preparing an operating system with over-the-air software updates it says can square off with Tesla.

By 2030, more than a fifth of automotive revenue will be software-derived, according to consultancy Capgemini SE.

“Our electrification and software strategies will support the shift to become a sustainable mobility tech company to lead the pack,” Chief Executive Officer Carlos Tavares said in the statement.