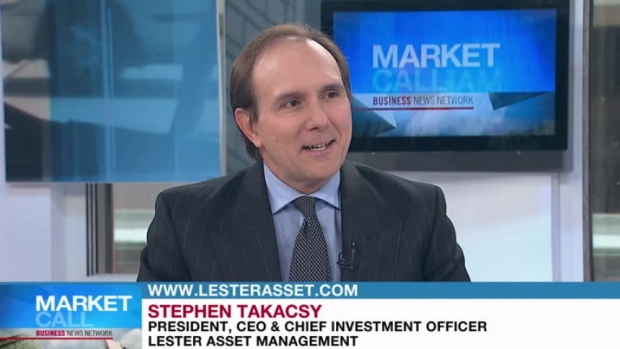 World stock markets, particularly in the U.S., are trading at rich valuations despite uneven growth and increasing financial risks. A sure sign of a near-top are the massive inflows from investors piling into ETFs, which mindlessly buy stocks irrespective of valuations, and various manias such as cryptocurrencies/blockchain and marijuana stocks trading at insane levels. In North America stocks are rising despite increasing interest rates and, in Canada, despite the lingering uncertainty surrounding NAFTA renegotiations. We’re finding good opportunities in the less liquid, underfollowed or out-of-favor Canadian small/mid cap space, where ETF fund flows have not driven valuations to unreasonable levels. We’ve also been focusing on companies that are expanding in the U.S. We continue to hold more cash than usual (over 10 per cent) and are ready to pounce on any company that the market may unfairly penalize as result of a NAFTA termination.

We recently acquired five per cent of the company, a world leader in wireless antenna design for mobile, network and infrastructure applications. Huge growth opportunity for the next 25 years with increasing wi-fi coverage (DAS), wireless LTE network densification with small cell systems, and new antennae/components needed for 5G-connected devices.
Baylin’s new CEO reduced costs by moving R&D to Ottawa, expanded product lines from the mobile segment (where Samsung is largest customer) and the company is now profitable. It also just announced the acquisition of Montreal-based Advantech, which has complementary RF and microwave products for satellite and wireless base stations. We expect significant sales and cost synergies, with revenues reaching more than $120 million and an EBITDA of $23 million plus. Our Target price is $6 within 12 to 18 months based on 9-times 2019 EBITDA.

Plaza Corp is a strong internalized developer of retail properties with holdings in Quebec, Ontario and the Maritimes. It has tenants resistant to e-commerce, like Shoppers Drug Mart (25 per cent of gross leasable area), KFC, Dollarama, Sobeys and Canadian Tire.
It has a strong pipeline of 25 projects, including acquiring old Sears sites for redevelopment. Plaza Corp is the only REIT to consistently increase AFFO/share and increase dividend every year for 15 years. Retail real estate is out of favor, so it’s a good time to buy this undervalued stock. Insiders own 21 per cent and are buying shares (Michael Zakuta). We recently bought more at $3.30. Nice safe dividend yield of 6.5 per cent.

Guardian Capital is a Canadian asset management firm with $26 billion in assets under management (AUM) and $17 billion in assets under administration. It specializes in institution portfolio management and financial advisory services, such as selling life insurance policies and mutual funds.
Guardian has been expanding internationally by acquiring asset managers to broaden its investment products offering. It recently purchased Alta Capital in the U.S. with US$3.2 billion in AUM. Roughly half of Guardian’s market cap is comprised of BMO shares, so it’s also an indirect way to own the bank. Using a sum of the parts analysis, we get $18+ for the Net Asset Value of the securities portfolio plus at least $14 for the investment management business for a value of at least $32+. We believe the company is worth much more on a takeout.

Recently received a take-over bid at $1.95 per share. Caisse de Depot is not tendering. We expect a higher offer from Oaktree or a U.S. strategic buyer.

We like the renewable energy sector and Boralex still has lots of growth. Leaders in wind power mainly in Quebec, France and now Scotland. Caisse now owns 20 per cent.