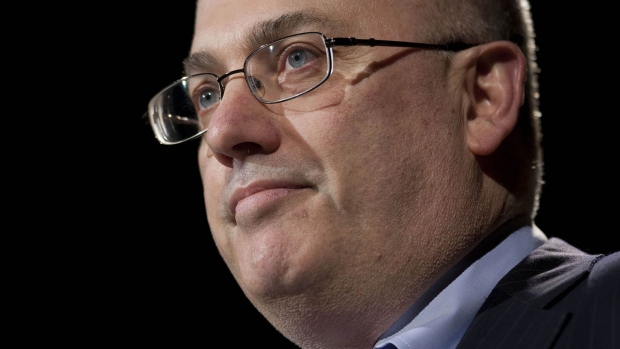 (Bloomberg) -- Hedge fund billionaire Steve Cohen was until recently a bit of a skeptic when it came to cryptocurrencies.

Then his son -- a “cryptomaniac” -- helped change his mind.

“He really convinced me this was something I needed to do,” Cohen, the founder of Point72 Asset Management and owner of the New York Mets, said Tuesday at the Skybridge Alternatives Conference, according to a person with knowledge of his remarks. That was part of a journey that included meeting with as many people over the past six months as he could to educate himself about the possibilities.

“Once I decided there were opportunities, and I thought this could be a space like the internet -- it could be incredibly transformational -- I wasn’t going to miss this,” Cohen said in a discussion titled “Generating Alpha in Markets and Baseball” and moderated by Skybridge Capital founder Anthony Scaramucci.

Cohen, 65, who has a net worth of $11.1 billion, according to the Bloomberg Billionaires Index, has since thrown himself into the world of crypto in both a personal capacity and at his firm.

This week, he announced he was investing in Radkl, a quantitative trading firm for digital assets. That was after Recur, a non-fungible token company, said Cohen’s family office also invested in its latest funding round. Cohen, meanwhile, told Scaramucci that Point72 is building crypto-trading capabilities at the firm.

His interest in the virtual realm extends beyond crypto: Cohen expressed a fascination with the metaverse, or a vision of a virtual world where people interact through avatars.

“There’s some far-out ideas out there, about how people are going to spend their time,” he said. “Your mind can run wild,” he added, about how people will interact in the metaverse, potentially buying virtual real estate and virtual outfits for their avatars.

Cohen, a Mets fan since childhood who bought the team in December for about $2.5 billion, also addressed the club’s performance and why he loves owning it.

“It’s taken me into a different realm,” Cohen said. “Owning a hedge fund, you have some notoriety, but it’s nothing like owning a sports team in New York.”

It has been a rocky year for the Mets, who squandered their lead in the National League East by losing 19 of 28 games in August.

In January, Cohen fired General Manager Jared Porter over allegations of sexual harassment. Last month, Acting General Manager Zack Scott was arrested on a drunken driving charge after leaving a charity fundraiser at Cohen’s house. He was placed on administrative leave after pleading not guilty.

The billionaire weighed in on the world of social media, where he has been more vocal since acquiring the Mets, saying it has helped people to see him as a human being, and not just a wealthy hedge fund owner.

“Twitter is a tough place to be,” Cohen said. “But it’s a great way to interact with the fans and have your own voice.”