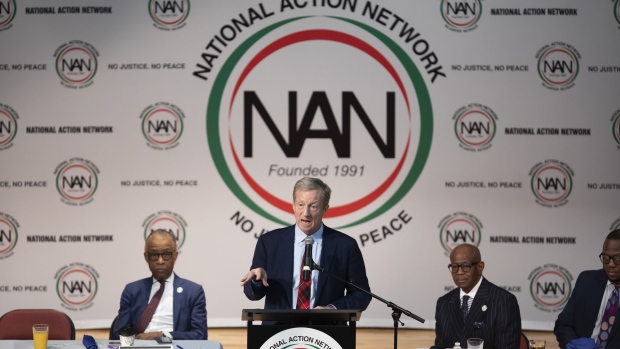 California can and must move forward its existing goal of 2045, because that will be too late to help a warming world, the group said in a report published Tuesday. The state has the means to pull more carbon from the atmosphere than it emits and needs to radically accelerate its climate change plans, often considered among the country’s most ambitious, according to the authors.

“We hope this report is a wakeup call for California’s leaders,” said Daniel Kammen, chair of University of California Berkeley’s Energy Resources Group, the World Bank’s former chief technical specialist for renewable power and lead author of the report. “We need a scientifically credible response to the threats we face.”

The report, however, does not provide a firm road map for how to slash emissions so quickly. Instead, it offers a suite of options, including capping old oil and gas wells to stop methane leaks, blocking food waste from entering landfills, accelerating the growth of renewable power, and speeding the switch to electric or hydrogen vehicles.

The study was sponsored by the Climate Center, a nonprofit organization pushing California to go carbon-negative by 2030.

While the authors argue their goal is achievable and that warming is happening faster than state leaders realized when they established California’s current targets, the state is already struggling with the goals in place.

A recent report from three state agencies found that California will need to triple the pace of wind and solar installations if it hopes to eliminate emissions from its electricity grid by 2045. And while California is scheduled to install more large-scale batteries this year than all of China, the state may eventually need enough batteries to supply as much electricity as 48 reactors, according to the state report.