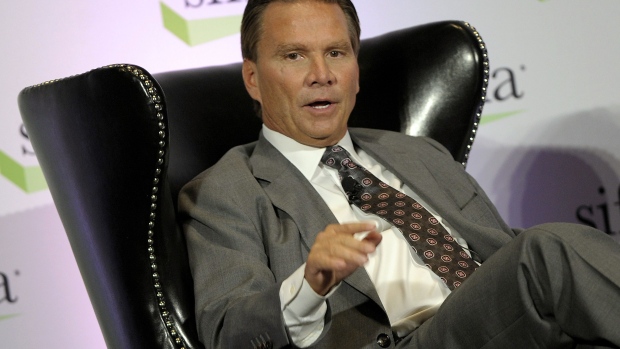 (Bloomberg) -- Stifel Financial Corp. Chief Executive Officer Ron Kruszewski said his firm’s investment-banking pipeline is at record levels and that dealmaking will continue even as the U.S. government toughens its stance on consolidation.

“The regulatory viewpoint toward mergers in general out of the Biden administration is by definition a headwind,” Kruszewski said in a phone interview Wednesday after Stifel reported fourth-quarter results. Nevertheless, the economic conditions that fueled mergers last year are still driving combinations, he said.

Last year, President Joe Biden called on regulators to more closely scrutinize mergers in the technology and banking industries. The move came amid a dealmaking frenzy that handed firms including Stifel a windfall.

Stifel’s fourth-quarter investment-banking revenue clocked in at a record $477.4 million, a 41% increase from a year earlier, and beating the $399.8 million consensus estimate from analysts surveyed by Bloomberg. Full-year results for the unit climbed 64% to almost $1.57 billion.

Investment banking and other fee-based businesses have been a consistent bright spot for banks amid an uneven earnings season. Some of the largest financial firms reported they were struggling to keep expenses in check amid stiff competition for talent.

Non-interest expenses at Stifel climbed about 19% last year, with costs tied to compensation and benefits growing the most. But a ratio that tracks those pay-linked expenses as a percentage of net revenue narrowed to 58.1% during the fourth quarter from 58.6% from the end of last year.

The company’s board also authorized doubling the common stock dividend starting in the current quarter, and Kruszewski said the bank is open to putting capital toward acquisitions.

“We are always in a position to assess an opportunity, to price it for our shareholders, and to integrate it,” he said.