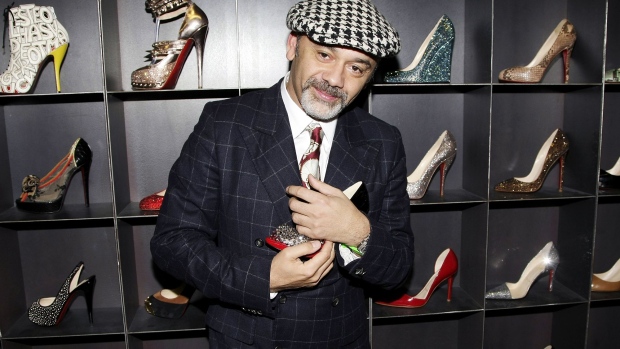 Three different shoes, one common feature: The owners of their makers are cashing out for billions of dollars.

Exor NV, the holding company of Italy’s Ferrari-owning billionaire clan, the Agnellis, announced last week it’s buying almost a quarter of Christian Louboutin SAS in a deal that will give its eponymous figurehead a net worth of at least US$1.2 billion, according to data compiled by Bloomberg.

The deal follows two other recent transactions involving owners of revered shoe brands: the sale of Birkenstock to L Catterton at a valuation of about 4 billion euros (US$4.8 billion) and the US$1.8 billion initial public offering of Dr. Martens Plc. The former made billionaires of brothers Christian and Alex Birkenstock (a third brother, Stephan, sold his stake in 2013), while the latter has given the founding family, the Griggs, a fortune valued at more than US$500 million.

Meanwhile, rapper Kanye West’s sneaker and apparel business, Yeezy, is valued from US$3.2 billion to US$4.7 billion by UBS Group AG. Sales for Yeezy’s Adidas sneakers grew 31 per cent to nearly US$1.7 billion in annual revenue last year, netting Yeezy US$191 million in royalties, according to a UBS document reviewed by Bloomberg.

The pandemic has boosted a shift toward casual footwear that was already in motion, according to Bloomberg Intelligence analyst Deborah Aitken. Flexible working arrangements and a newfound appreciation for the outdoors will likely sustain it.

Despite the pandemic’s crushing blow to the economy -- particularly the retail sector -- luxury fortunes have soared in the past year. Europe’s richest person and backer of Birkenstock-owner L Catterton, Bernard Arnault, has added US$69 billion in wealth, according to the Bloomberg Billionaires Index, as shares of his LVMH have almost doubled. His rival, Kering SA founder Francois Pinault, is up by more than US$20 billion.

“The luxury sector has outperformed over the past year, and proved how versatile every category can be in downturns,” Aitken said.

Driving it all is faith in a resounding post-COVID bounce-back, a brisker-than-expected pivot to online luxury shopping and the swift recovery of China, a crucial market for the world’s priciest brands.

“Chinese consumers made up about a third of the global market for luxury goods before the pandemic, but most of their purchases were overseas,” Aitken said. “Now they’re unable to travel and you have a massive explosion in e-commerce at the same time.”

Orthotic sandals and lug-soled boots aren’t your typical luxury items, but the pandemic and transition to working and socializing from home has placed renewed emphasis on products offering comfort, both physical and emotional. “Doc Martens” and “Berks” are unique for resonating across generations, from 1970s hippies to 1990s goths and Gen Z influencers.

While Louboutin’s blade-heeled shoes offer neither comfort nor nostalgia, they’re a bet on a full-throttle return to parties, office life and other long-awaited opportunities to dress up. Founded in 1991, Christian Louboutin has grown to operate 150 stores in 30 countries. Exor said it sees growth potential for the brand in China and in e-commerce.

Louboutin, 58, and his business partner Bruno Chambelland, 72, will together retain a majority stake in the company, according to a person with knowledge of the arrangement, who asked not to be identified because the matter is private. The transaction is expected to be completed in the second quarter.

The decision to sell likely came down to factors luring family-business owners across all industries to the auction block. Namely, loads of liquidity and heady markets pushing valuations skyward.

Italian publishing house Panini, maker of the popular soccer stickers collected and traded by fans around the world, is weighing a potential sale and has drawn interest from suitors including buyout firms, according to people familiar with the matter.

The founders of Renishaw Plc are seeking to offload their combined 53 per cent stake in the British engineering firm worth more than US$2 billion, while the billionaire behind Louis Dreyfus Co. agreed last year to sell a 45 per cent stake in the storied agricultural trader to Abu Dhabi sovereign wealth fund ADQ.