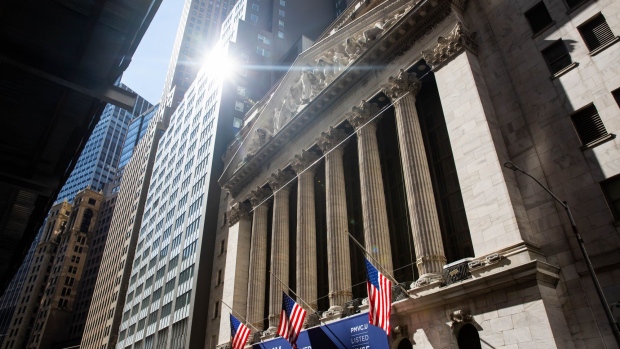 Active managers seeking respite after years of struggling to beat the market can still find an edge in at least one corner of Wall Street: Short selling.

The business of helping traders bet against companies benefits stock pickers more than passive funds in a few key ways, new research has shown. While both player types earn revenue from lending out shares, managers get an extra boost because they’re able to trade on information they glean in the process.

It’s refreshing evidence that old-school stock pickers can still get a leg up on index funds -- and vindication for those in the business who have been arguing the point for years.

“Funds that have greater portfolio allocation discretion -- namely active funds -- reallocate their portfolios away from stocks that are borrowed from them,” Pekka Honkanen of HEC Paris business school wrote in a paper. “This lending provides funds with not only additional revenue in the form of lending fees, but also valuable information.”

A combination of high fees and underperformance has fed a narrative that no one can beat the market over time, helping drive the global boom in passive investing. Yet when it comes to lending shares, Honkanen demonstrates the limitations of a passive approach.

Short sellers borrow stock to sell in the open market, with the aim of buying it back at a lower price and returning it to the lender.

Since index funds are mainly evaluated by their tracking error -- how much they deviate from the gauge they follow -- they don’t rebalance before or after lending shares. Their aim is simply to keep holdings as close to index weight as possible, meaning they can end up holding on to losers for a long time.

In contrast, when active funds see high demand from short sellers, they can unload the stock.

Honkanen estimates active U.S. mutual funds avoid losses of about 18 per cent of the value of a position on average by rebalancing their portfolios away from equities that are borrowed from them. That saving is worth paying for, so they charge less to lend shares.

The silver lining for passive funds? They can earn more in fees. Shorters may even prefer borrowing shares from them since they can’t trade on the information, according to Honkanen.

“To this end, I show that passive funds are more likely to participate in the lending market than active funds,” he wrote.

Honkanen studied U.S. stock and fund data over 16 years through 2017, and used more than 450,000 observations in that period. His paper arrives shortly after a trio of academics at Virginia Tech published a similar piece of research.

While some of their observations differed -- their sample period was 2006 and 2007, just before the financial crisis -- the ultimate conclusion was the same.

“Participation in the lending market appears to be a viable avenue to both gain additional revenue and receive meaningful signals about future returns,” Fan Li, Andrew MacKinlay and Pengfei Ye of Virginia Tech wrote. “Active equity funds, on average, are informed lenders.”