A trillion dollar call on the markets and the election

U.S. Election Day is just over a week away and history says that’s good news for stocks.

Over the last 30 years, the S&P 500 has rallied in the week before the presidential election, with one notable exception -- 2016 -- according to Miller Tabak strategist Matt Maley. The average return in the six instances since 1992 was 3.8 per cent, he wrote in a note Saturday.

“Although the stock market fell 1.9 per cent over the seven days of trading in 2016, you have to go all the way back to 1988 to find another time when it didn’t rally over the last week and a half of the election campaign,” Maley said. 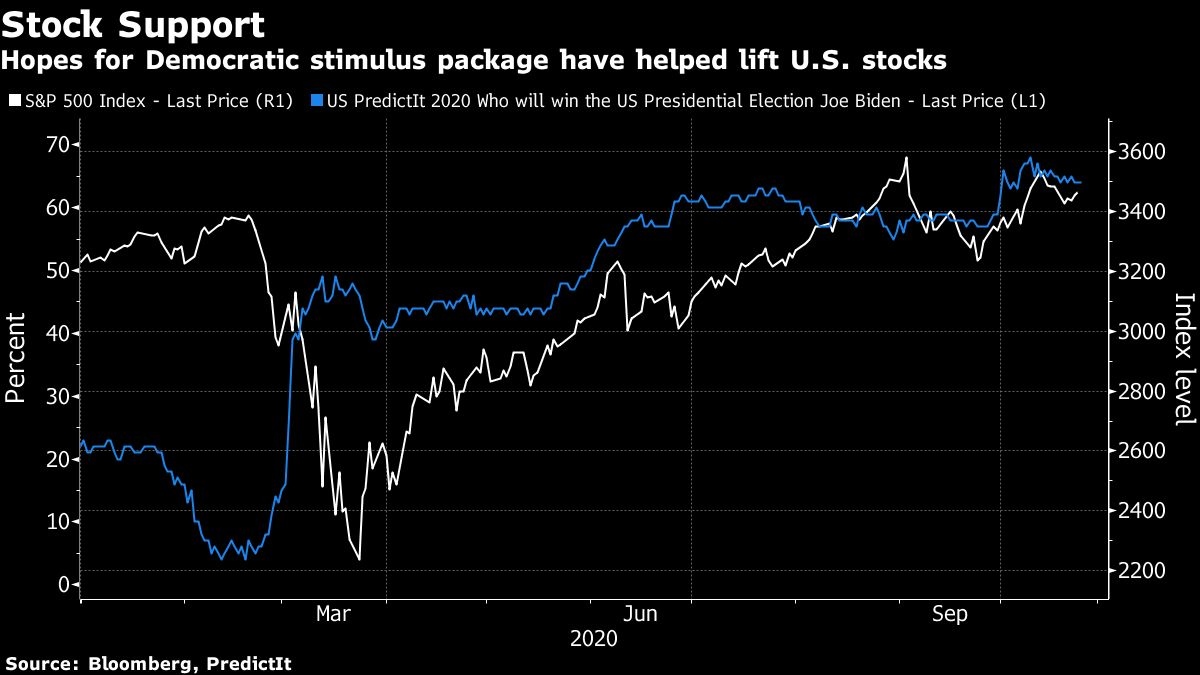 Investors are steeling themselves for the last stretch of campaigning, with Democratic candidate Joe Biden still favored to beat President Donald Trump, according to the latest data from PredictIt. The S&P 500 has gained three per cent so far in October, though remains about three per cent below its record high at the beginning of September.

“Nothing is ever guaranteed in the markets...but our point is that history does tell us that the odds are high that the market will rally between now and Election Day,” Maley said.