Stocks dropped in the slowest trading day of 2021 after a rally that drove the equity market to all-time highs. Treasuries climbed.

Volume on U.S. exchanges slipped below 10 billion shares for the first time this year. Tech companies led losses in the S&P 500 on Tuesday, offsetting gains in retailers. The Dow Jones Industrial Average and the Nasdaq 100 also retreated. Stocks tied to the Archegos Capital Management blowup ended the session higher as investors brushed news that Credit Suisse Group AG unloaded more than US$2 billion of the shares in the latest block trades stemming from the liquidation of Bill Hwang’s fund.

Trading has slowed in recent days as investors grappling with wild rotations awaited the start of the earnings season. Traders bought stocks in record amounts in the first quarter of 2021 as a combination of generous stimulus and bets on an economic recovery drove US$372 billion into global equity funds, according to Bank of America Corp. strategists. The data confirm the bullish market sentiment that has pushed shares to fresh highs, with optimism over vaccination efforts outweighing concern that higher bond yields can interfere with the rally. 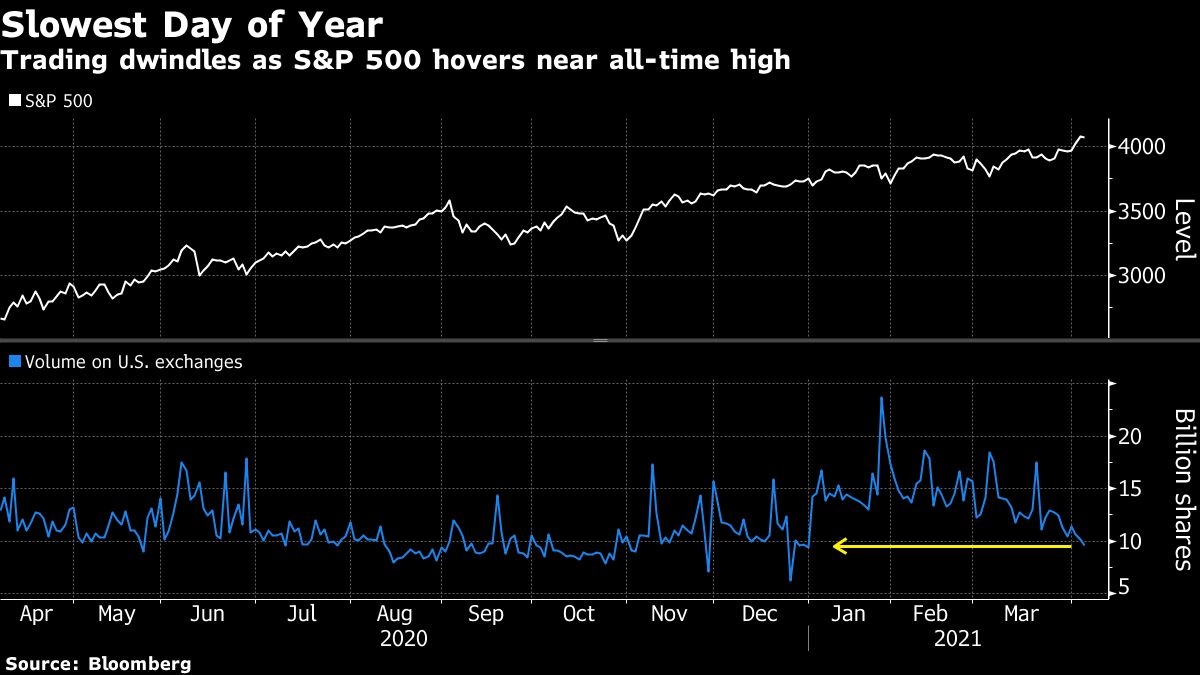 “Stocks’ momentum is strong, no doubt about that,” said Lindsey Bell, chief investment strategist at Ally Invest. “But the market may be ready to take a breather as investors digest all the good news, determine how much of that is priced in and weigh it against uncertain risks like inflation.”

On the economic front, data showed U.S. job openings rose to a two-year high in February, led by gains in some of the industries hardest hit during the pandemic. The International Monetary Fund upgraded its global growth forecast for the second time in three months, while warning about a divergence between advanced and lesser-developed nations.