Stocks fell for a second day and Treasury yields touched a 14-month high as traders weighed the consequences of more stimulus from the Biden administration.

The utilities, information technology and consumer staples sectors pushed the benchmark S&P 500 lower, though financial shares recovered from Monday’s slide in the wake of the implosion of Archegos Capital Management. Apple Inc. led the Nasdaq Composite into negative territory. The dollar strengthened for a second day and gold slipped below US$1,700 per troy ounce. Oil halted a two-day rally before the April 1 meeting of OPEC and its allies.

“The market’s still trying to figure out what the trade is -- by that I mean, the stay-at-home stocks were the trade for basically a year,” said JJ Kinahan, chief market strategist at TD Ameritrade. “Now, more people are getting vaccinated, but at the same time, you’re starting to see a rise in cases in many states. So just like that is messy, so is the market.”

President Joe Biden, in an address slated for Wednesday in Pittsburgh, will detail a mass expansion of government spending aimed at reducing inequality and strengthening infrastructure. A revamp of the tax code is also part of the plan and is already proving divisive among economists and lawmakers. 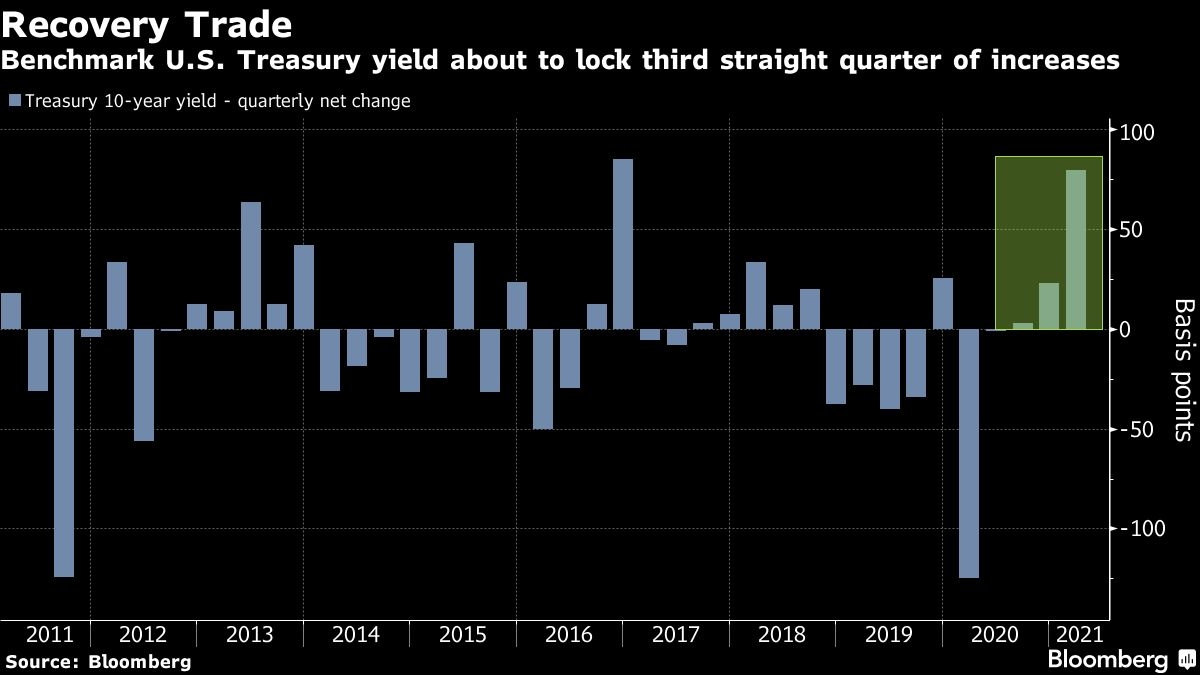 Ten-year Treasury yields increased to as high as 1.77 per cent. The five-year rate rose as high as 0.95 per cent, a 13-month high, followed by a block sale in the notes.

Europe’s equity benchmark rose to its highest level in 13 months as the momentum swung in favor of cyclical stocks such as banks and automakers.

Meanwhile, the U.S. reached a record three-day stretch of 10 million shots over the weekend, according to the Bloomberg Vaccine Tracker, and plans to offer inoculations to 90 per cent of adults.

--With assistance from Claire Ballentine and Olivia Raimonde.