Stocks fell as traders awaited the start of the earnings season amid concern about inflation and supply disruptions that have wreaked havoc on industries around the globe.

In late trading, the US$184 billion exchange-traded fund tracking the Nasdaq 100 dropped as Bloomberg News reported that Apple Inc. is likely to cut its projected iPhone 13 production goals for 2021 due to chip shortages. Federal Reserve Bank of Atlanta President Raphael Bostic said the inflation surge is lasting longer than officials expected, while Vice Chair Richard Clarida noted that the conditions required to begin tapering the bond-buying program have “all but been met.”

A key test of market confidence will be the start of the earnings season Wednesday. Quarterly guidance, which improved in the runup to the past four reporting periods, is now deteriorating. Analysts project profits at S&P 500 firms to climb 28 per cent to US$49 a share, according to data compiled by Bloomberg Intelligence. That’s down from an eye-popping clip of 94 per cent in the previous quarter, marking the onset of a slowdown that has historically signaled weakening returns for stocks.

“Earnings season is going to give us a really good clue of where we’re going on some of these supply issues,” Alicia Levine, head of equities at BNY Mellon Wealth Management, told Bloomberg TV. “The two sectors we worry about are the industrials and retail, because that’s where the companies are not able to pass along price as easily.”

The S&P 500 dropped for a third day. West Texas Intermediate held above US$80 a barrel on speculation that a global energy crunch will continue to boost demand. Treasury 10-year yields dropped, while the dollar was little changed. 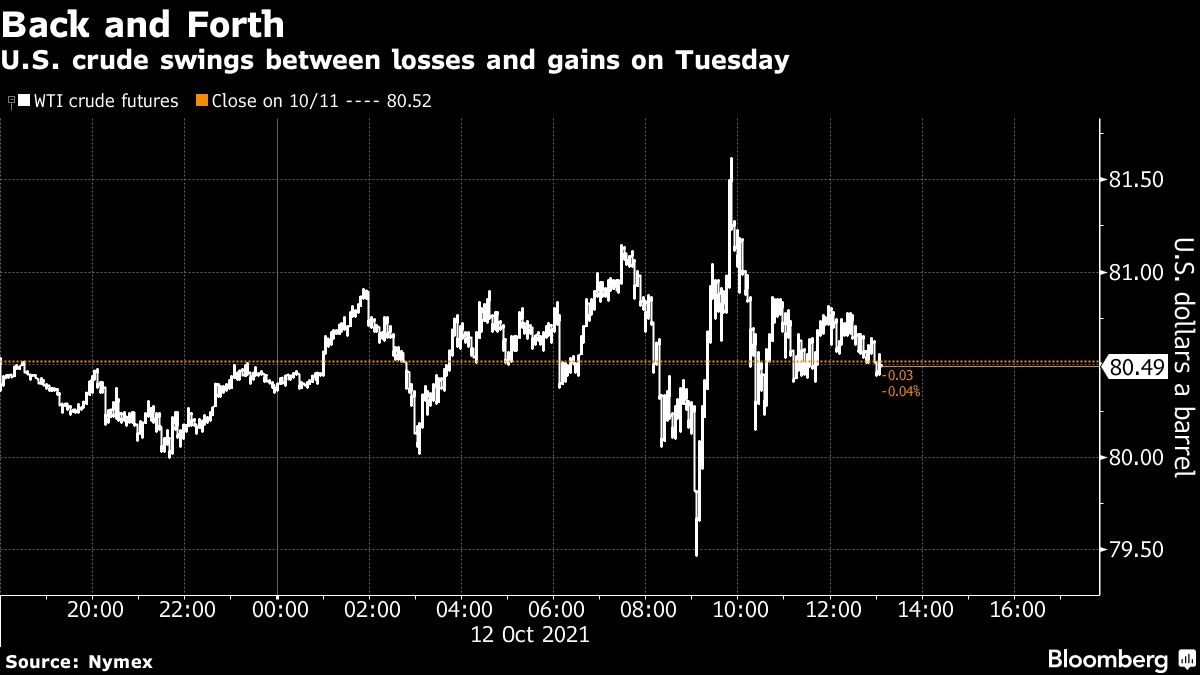 The International Monetary Fund warned of the risk of sudden and steep declines in global equity prices and home values as global central banks withdraw the support they’ve provided during the pandemic.

For Karen Karniol-Tambour, co-chief investment officer for sustainability at Bridgewater Associates, most portfolios are insufficiently hedged for inflation.

One of the easiest things investors can do is to “switch up their nominal bond holdings to inflation-linked bonds,” told Bloomberg TV. “It’s very simple. You’re literally going to get paid, whatever CPI is.”

Here are a few events to watch this week: