Stocks fell after the Federal Reserve signaled that a decision on a reduction of its massive bond-buying program could happen in 2021. Treasuries and the dollar were little changed.

The S&P 500 extended losses into a second day after minutes of the Fed’s July gathering showed that most officials agreed they could start tapering this year as they had hit their inflation goal and were closer to reaching their standard for progress on reducing unemployment.

“The minutes reflect a Fed that is prepared to accelerate its taper timeline to perhaps the next few months,” said Sean Bandazian, an investment analyst at Cornerstone Wealth. “There is still reason to believe we will see volatility throughout areas of the market with high sensitivity to interest rates.” 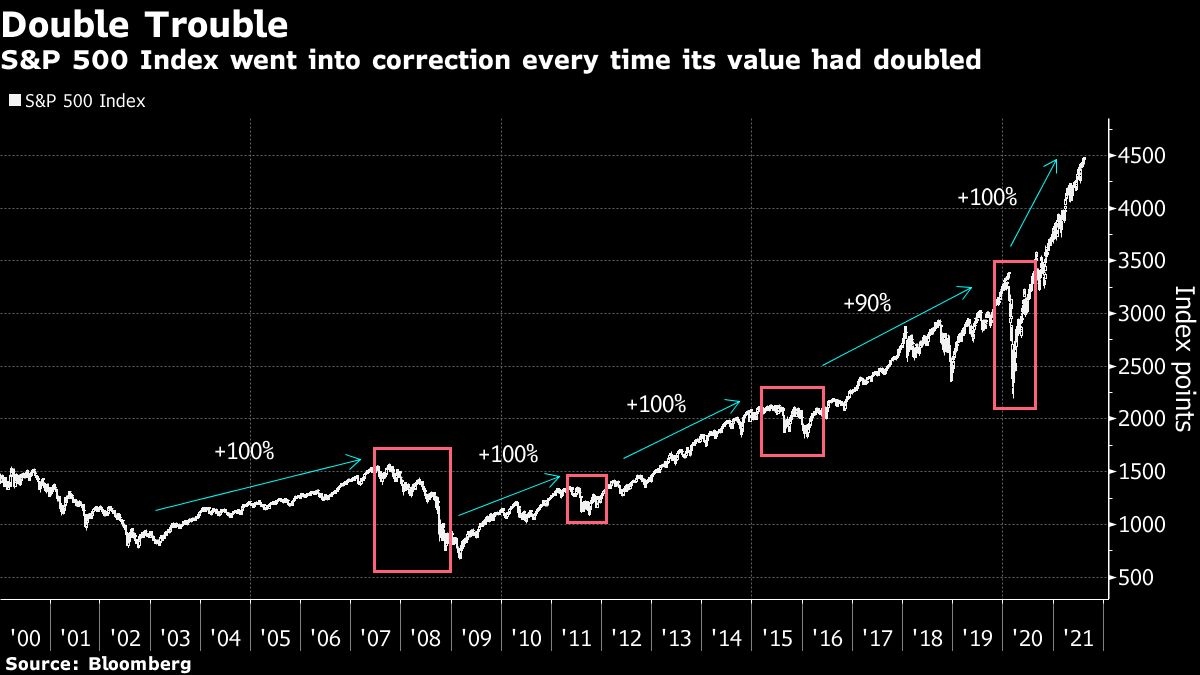 Earlier Wednesday, St. Louis Fed President James Bullard said he would like to see the tapering of the asset-purchase program done by the first quarter of 2022. Several other officials, including Robert Kaplan of Dallas and Esther George of Kansas City, have urged the central bank to begin removing stimulus as soon as the September meeting. Chair Jerome Powell and Vice Chairman Richard Clarida have suggested they would like to see further progress before considering a move to taper.

Among the corporate highlights, Target Corp. slipped after the retailer’s sales growth slowed in the second quarter, hinting that the heightened consumer demand ushered in by the pandemic may be waning. Lowe’s Cos. jumped as the home-improvement giant raised its full-year forecast.

Elsewhere, oil dropped below US$65 a barrel for the first time since May 24 as new waves of COVID-19 threatened fuel demand.