U.S. stocks had their biggest slide in five weeks after President Joe Biden was said to propose almost doubling the capital-gains tax for the wealthy. The dollar rose.

The S&P 500 turned lower after Bloomberg News reported that for those earning US$1 million or more, the new top rate, coupled with an existing surtax on investment income, means that federal tax rates for rich investors could be as high as 43.4 per cent. Speculation arose that some traders could sell shares before any change was made to capture the lower rate. Equities whipsawed throughout the session amid mixed economic data and renewed concern the pandemic was worsening.

“Sticker shock over some of these tax figures will be hard to shake off for some investors,” Edward Moya, senior market analyst at Oanda, wrote in a note. “Some traders are looking for an excuse to lock in profits and they might choose to use this tax story as their catalyst.” 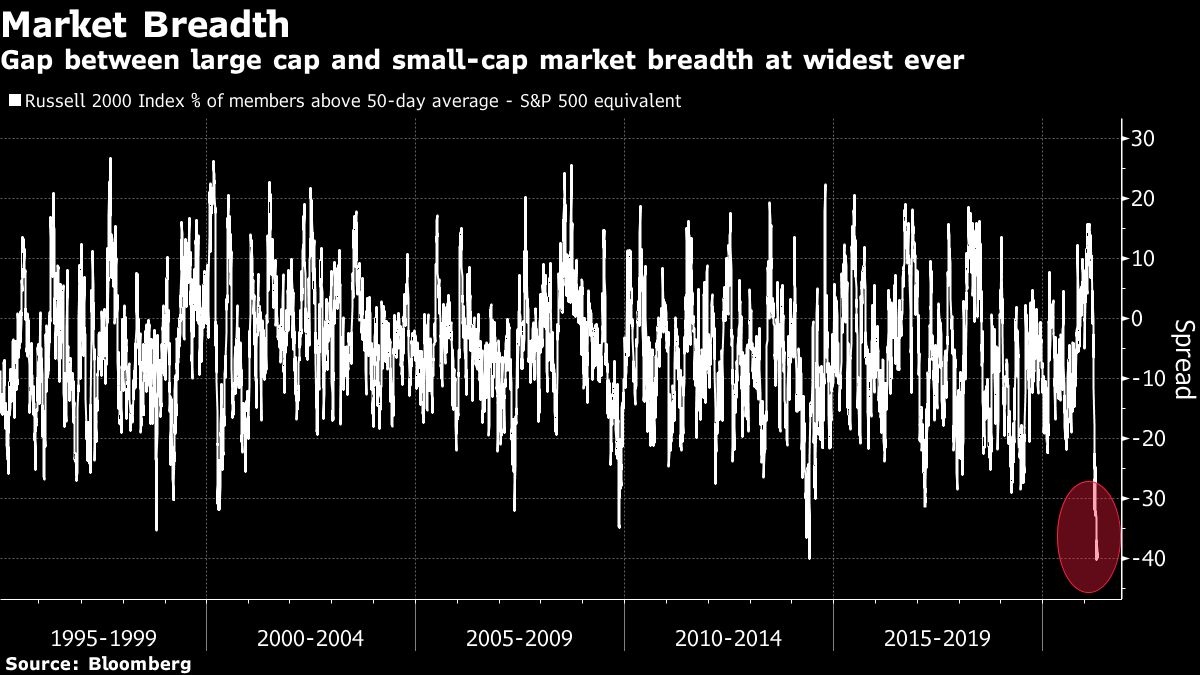 A gauge of market breadth suggests investor concerns remain. The percentage of Russell 2000 members trading above their 50-day moving average fell below 40 per cent, compared to about 80 per cent for the large-cap S&P 500, a smidgen off a record gap, according to data compiled by Bloomberg going back to 1995. It’s too early to tell whether this can morph into something larger, but previous instances have led to subsequent pressure on U.S. stocks, wrote Sundial Capital Research founder Jason Goepfert in a note to clients.

Elsewhere, Bitcoin declined for the sixth time in seven days, extending losses after the higher capital gains proposal was revealed. Investors already face a capital-gains tax if they hold the cryptocurrency for more than a year.