The S&P 500, Dow Jones Industrial Average and Nasdaq 100 erased earlier gains as investors considered the impact of the 10-year Treasury yield hitting as low as 1.15 per cent on Monday, putting concerns about growth in focus.

“I think people are looking at the sharp drop in long rates and flattening of the yield curve and they are getting worried about economic growth,” said Peter Boockvar, chief investment officer for Bleakley Advisory Group. “That growth concern comes from the inflation-driven slowdown we’re seeing in some sectors in addition to delta variant worries in emerging markets.”

U.S. equities initially followed stocks in Europe and Asia higher amid upbeat earnings and a surge in corporate dealmaking, which had offset concerns over the spread of the delta virus variant and China’s regulatory crackdown. Square Inc.’s US$29 billion deal for Afterpay Ltd. has put global dealmakers on course for the busiest-ever summer. Meanwhile, China’s market regulator has called for more cooperation with the U.S. on initial public offerings.

The unsteady moves at the start of the month come as August has historically been a month that starts off weak, especially if the S&P 500 is already up over 10 per cent, according to Bespoke Investment Group LLC.

“Maybe in a year in which the S&P 500 performs so strongly heading into August, a pause is just what it needs before finishing off the year strong,” the Harrison, New York-based firm wrote in a note Monday. 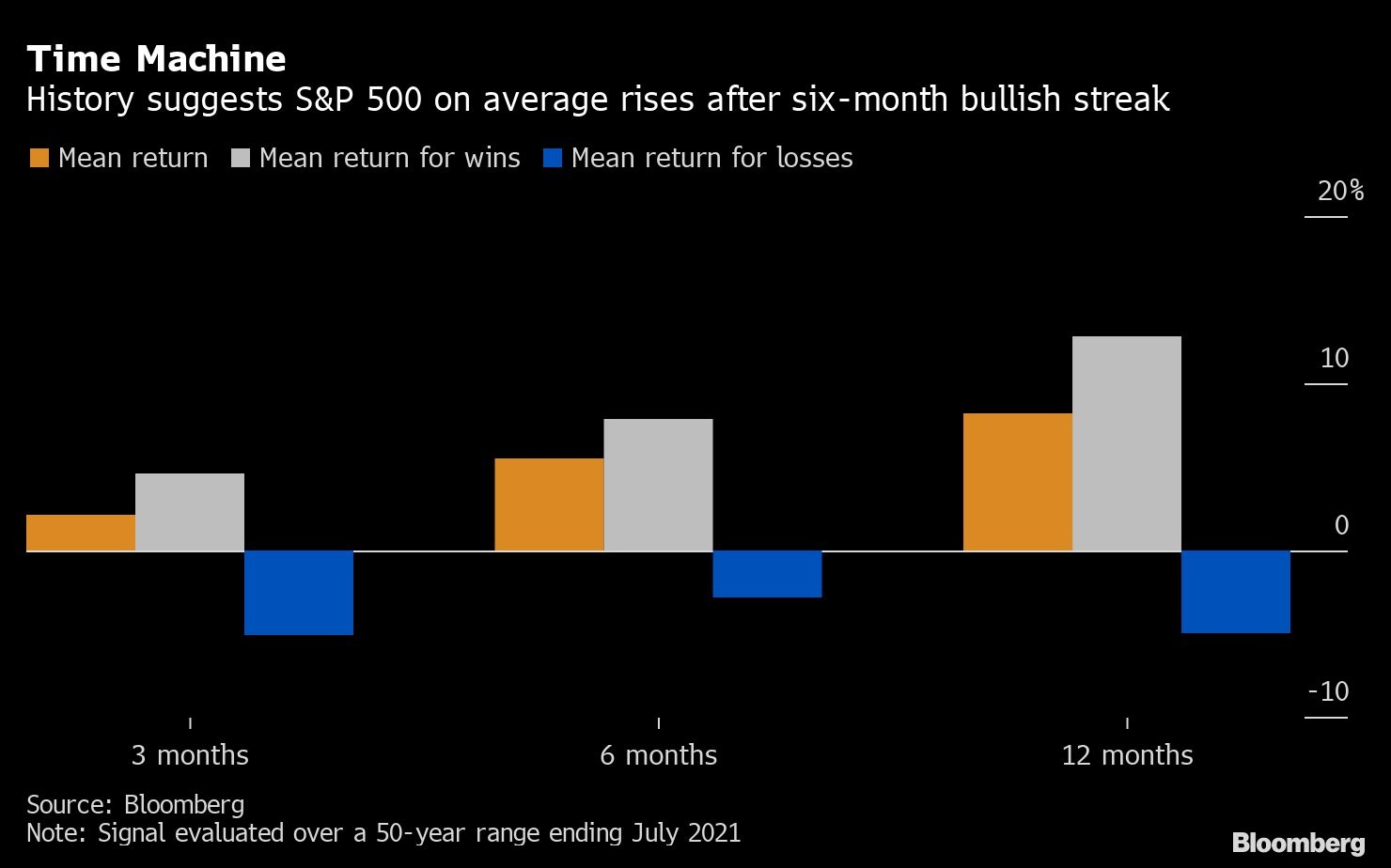 But while August may be weaker, stock market bulls can claim to have history on their side. The S&P 500 rose for a sixth straight month in July -- the longest such streak since 2018 -- and the average 12-month return after similar runs in the past half century is 8.3 per cent, according to data compiled by Bloomberg. Many risks remain, however.

A surge in the Covid-19 delta variant could harm the U.S. recovery and keep some Americans from looking for work, Minneapolis Fed President Neel Kashkari said ahead of Friday’s U.S. jobs report.

Weaker than expected growth in manufacturing could also add to expectations for a steadier recovery after a key factory reading from China also slipped.

Meanwhile, tensions with Iran over a deadly attack on a tanker could also weigh on markets. Crude oil was lower on Monday after the U.S., Israel and the U.K. vowed to respond to the attack.

“If that is signaling lower growth, that could be a problem for stocks,” he said.