The S&P 500 notched its biggest three-day advance since April, but gains paled in comparison to the previous two sessions. Giants Apple Inc., Microsoft Corp. and Amazon.com Inc. rallied, while firms closely tied to a broader reopening of businesses underperformed. Earlier Thursday, equities fell on news that multiple prominent websites were inaccessible to some users.

Rising earnings expectations have tempered worries over peaking growth and the spread of the delta coronavirus variant that roiled markets at the start of the week. Economic reports were mixed, showing sales of previously owned U.S. homes rose for the first time in five months, while jobless claims unexpectedly climbed.

“There’s going to be some choppiness in the market in the second half of the year, but we think it’s going to trend higher,” said Victoria Fernandez, chief market strategist at Crossmark Global Investments. “We have so much liquidity in the market right now, you have companies with a tremendous amount of cash on their balance sheets, you have rates at tremendous lows. There’s all these positive things that are happening that underlie the growth potential for the economy going forward.” 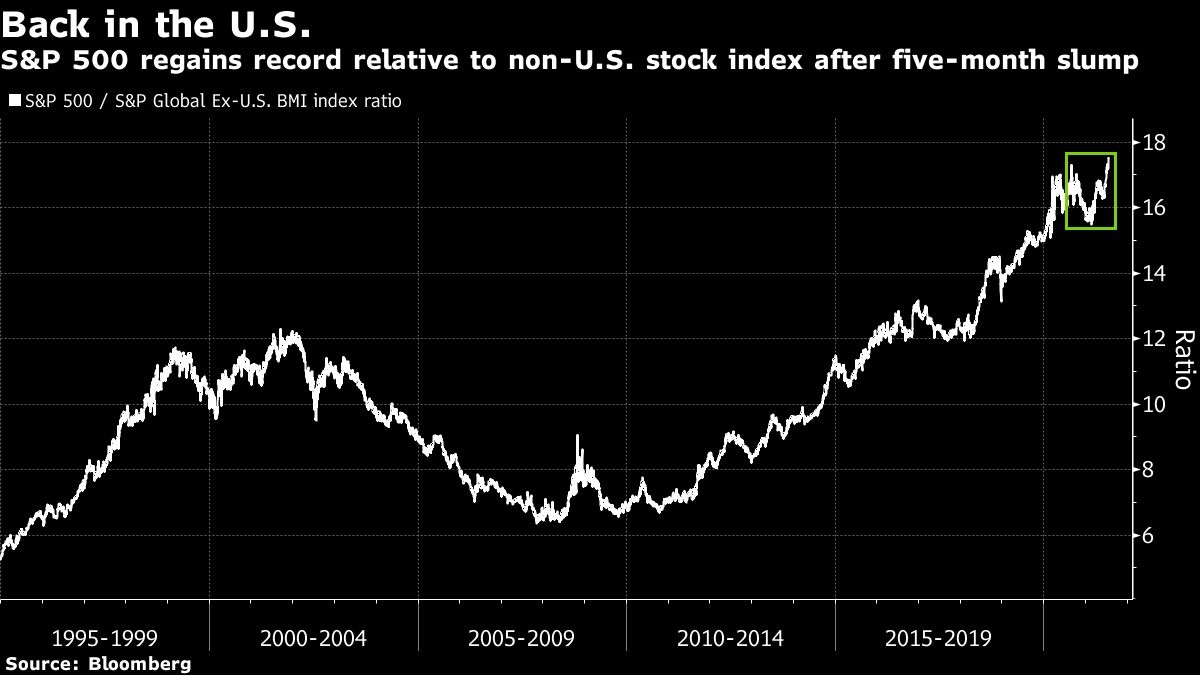 As earnings continue to roll in, American stocks are regaining a leadership position in world markets. The ratio between the S&P 500 and an S&P Global gauge of shares listed outside the U.S. shows as much. After falling as much as 10.4 per cent between September and February, the ratio rallied to a record on July 9 and again on Tuesday.